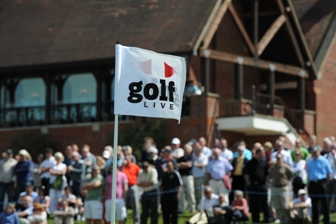 Organisers of Golf LIVE 2011 have hailed this year’s event at London Golf Club as an “absolute success” after 12,915 spectators attended the three day golf show.

Attendance was up 16% on last year’s inaugural Golf LIVE event at Stoke Park Golf Club. Visitors to the world class Kent venue were treated to a unique inside the ropes experience to life on the professional golf circuit.

The Three Hole Pro Celebrity Challenge was once again a show highlight alongside displays from trick-shot specialist, Jeremy Dale, and the Junior Golf Area, which was crammed full of guests all weekend. 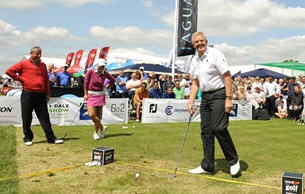 Colin Montgomerie, who is an ambassador for Golf LIVE, was delighted with the second edition of the show. He said: “Golf LIVE is such a unique event. It gives fans the opportunity to engage and interact with professionals in a way that no other exhibition can.”

Lynne Fraser, Marketing and PR Manager at the English Golf Union, was surprised by the large crowds at the London Golf Club. She added: “Saturday’s crowds were extraordinary. It was great to see so many people getting involved and taking part in all the opportunities to play.

“The feedback from our England Boys team that got to take part in the Pro Celebrity Three-Hole Challenge was fantastic and I am sure the experience will stay with them forever.”

The fresh and exciting concept of blending professionals, manufacturers and spectators at Golf LIVE earned the show’s organisers, Brand Events, the prize of Best Launch Show at the Exhibition News Awards 2011 on the weekend of the event, beating some tough industry competition.

Golf LIVE Event Director, James Goode, was thrilled with the award and another excellent event. He said: “Golf LIVE 2011 was an absolute success. The feedback we’ve received from the public in attendance and the players that were involved has been second to none.  Everyone really enjoyed a superb weekend of golf. The developments we have made to this year’s show have really paid off. It gives us great encouragement and impetus to take 2012’s event to another level.”

The London Club has signed a five-year deal to keep Golf LIVE coming back until at least 2015. Austen Gravestock, the club’s general manager, was delighted with the response.

He said: “I thought it was a fantastic event and we were proud to host it. I spoke to Colin Montgomerie and all the guys said they had thoroughly enjoyed it and I thought they put on a great show. There are one or two things to pick up on for next year, but generally I thought it was an exciting, relaxed atmosphere.”

The club is hoping for more good news in the next few days, with its plans for a hotel expected to clear the final hurdle imminently. Once building starts, the course, which hosted events on the European Tour in 2008 and 2009, can put its name in the frame for big tournaments again.