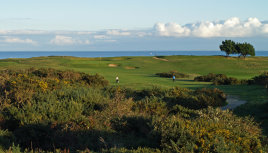 Founded in 1878, The Grouville Links, as the course is known, occupies Grouville Common which comprises about 70 acres of rolling, sandy heath land and is bordered to the East by the magnificent coastline which was so admired by Queen Victoria that she commanded it to be named the Royal Bay of Grouville.

Harry Vardon, the six-time Open Champion, was famously born in Grouville, as was another Open Champion, Ted Ray. So the appointment of TPL to review and upgrade the famous links, with its own five-times Open Champion, Peter Thomson, is entirely appropriate.

Tim Lobb, TPL principal, said: “The history and traditions of Royal Jersey Golf Club are of paramount importance to us and they are sure to bea keyconsiderationas we undertake our work over this famous links course.” 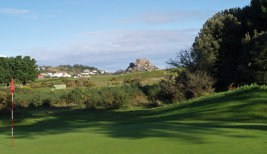 Among TPL’s objectives at Royal Jersey is the improvement of the bunkers. Design work begins this month with the team working closely with the club’s head greenkeeper, David Crawford.

David commented: “Thomson Perrett&Lobb are a natural choice for Royal Jersey Golf Club. Not only were they recommended to us and then, subsequently, gave a very detailed proposal, but there were also sentimental reasons attached to our decision.

“Our club’s history and its association with the Open Championship alongside that of Peter Thomson, who won the event five times, is a very good reason to be working together.It will be the first time in 35 years that an outside team of architects has studied the Royal Jersey layout.

“One of the key aspects of TPL’s work will be to ensure the course is still a fair test of golf, particularly when you consider how advancements in equipment and golf ball technology over the past 10 years have significantly influenced how far all levels of player hit their shots.”