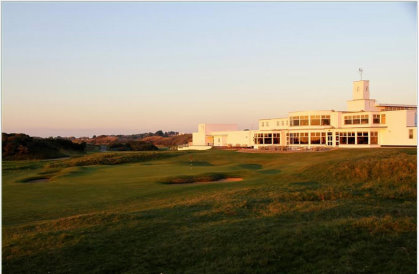 Royal Birkdale, in Southport, England, will become the 11th different course to host The Senior Open Championship presented by Rolex when it stages the 27th edition of this prestigious event in 2013.

Royal Birkdale has hosted The Open Championship on nine occasions, the most recent being in 2008 when Irishman Padraig Harrington held off a determined challenge from Greg Norman to win his second consecutive Claret Jug.

Australian Norman will be one of the players eligible for The Senior Open Championship when it visits Royal Birkdale for the first time from July 25-28, 2013, along with Tom Watson and Mark O’Meara, winners of The Open Championship at the venue in 1983 and 1998 respectively.

Michael Hadden, Captain of Royal Birkdale, said: “Royal Birkdale Golf Club is extremely proud of its championship history and having hosted most of the Major professional and amateur championships held in the UK, we are delighted to have been invited by The R&A and the European Senior Tour to host The Senior Open Championship for the very first time in 2013.

“We particularly look forward to welcoming back some of our Open Champions, including Tom Watson and Mark O’Meara, but also the winners of some of the other events we have hosted throughout the years, such as Sam Torrance. I am sure this will be another great championship that will be enjoyed by all and will produce another very worth winner.”

“With regular visits by Major tournaments and six championship courses in the borough, this only serves to enhance Sefton coast’s world-class reputation for links golf.”

“Our thanks go to our Presenting Patron Rolex for their support of the Championship, which promises to be a magnificent test for our players in 2013. We are also grateful to the Members and Officials of Royal Birkdale Golf Club for accommodating us and to Sefton Council for their support and we look forward to bringing a world class field toSouthportin two years.”

The 2012 Senior Open Championship presented by Rolex, the first with Rolex as Presenting Patron, will be played at Turnberry, from July 26-29, next year. Turnberry previously hosted the Championship from 1987 -1990, 2003 and 2006.