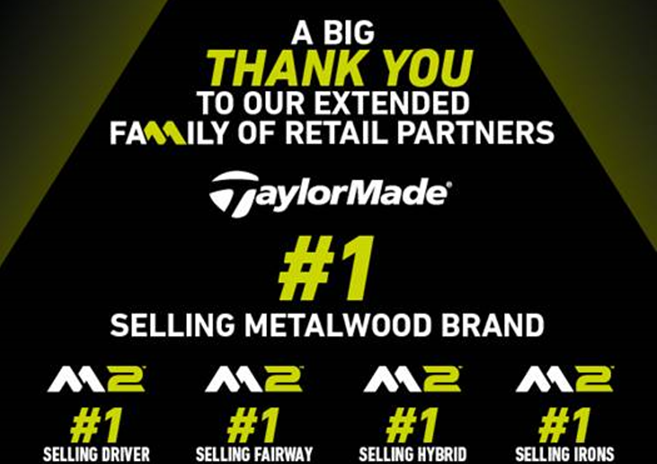 TaylorMade Golf are proud to report a very strong start to 2017 in the UK market for the all-new M Family of metalwoods and Irons.

“We would like to thank our retail partners for their tremendous support of the TaylorMade brand that has resulted in incredible early season sales success for the new M-Family of products in the first full month since launch in the UK. Hopefully our retail partners have seen that we are backing our best performing products with market leading service levels too, underlined by our Custom Guarantee that runs until the end of June,” commented David Silvers, VP, Managing Director TaylorMade-adidas Golf EMEAP. “We are very excited about the season ahead and continuing to play a lead role in stimulating the UK market and working with our retail partners to grow their business.”

The success of the all-new M Family has also been seen on Tour with 10 worldwide wins in 9 weeks and a continued stronghold over Driver counts in the 2017 season, with marquee players including World #1 Dustin Johnson, Jason Day, Justin Rose and Sergio Garcia switching straight into the product.