2017 sees a major milestone in the grounds care industry with Ransomes Jacobsen celebrating its 185th anniversary of mower production at Ipswich.

Edwin Budding’s historic lawnmower design was patented in 1830, and JR & A Ransome was the first company to obtain a licence to manufacture this remarkable invention. The first Ransomes-manufactured machine for domestic use was produced in 1832, and this signalled the beginning of commercial mower production in the UK.

Although the company no longer produces domestic lawnmowers they are one of the leading commercial mower manufacturers supplying equipment to golf courses, local authorities, landscape contractors, sports clubs and major sports stadia around the globe.

Alan Prickett, Managing Director of Ransomes Jacobsen commented, “This is a hugely significant milestone in the history of our company; from this small beginning, we are now one of the leading grounds care machinery manufacturers in the world. Ransomes mowers have been supplied to monarchies and nobilities across Europe and Asia, and the Ransomes name has become a by-word for quality British engineering. Through the years, the company has had its ups and downs, but today it is a vibrant company with a modern manufacturing plant providing employment and career opportunities to the people of Ipswich.

“If you look at the grounds care manufacturing industry today, you’ll find a huge number of people who either began their careers in Ipswich or have worked for the company, and this has been the case for decades. On a personal basis, I am delighted to be heading a dynamic management team at this significant moment in the company’s history and thank everyone, past and present, for their contribution.” 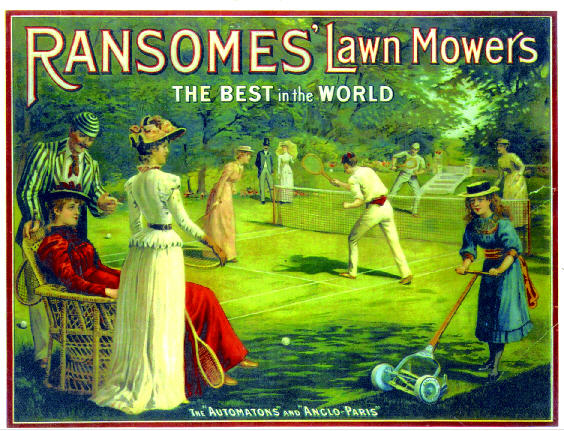 Creative Golf Design is to exhibit at the upcoming British Golf Show, which is taking place at Wycombe Air Park in Buckinghamshire from October 2-3.

The 2020 AIG Women’s British Open, which is due to be held at Royal Troon Golf Club in Scotland from August 20-23 will go ahead as planned, but without the presence of spectators due to the COVID-19 pandemic.