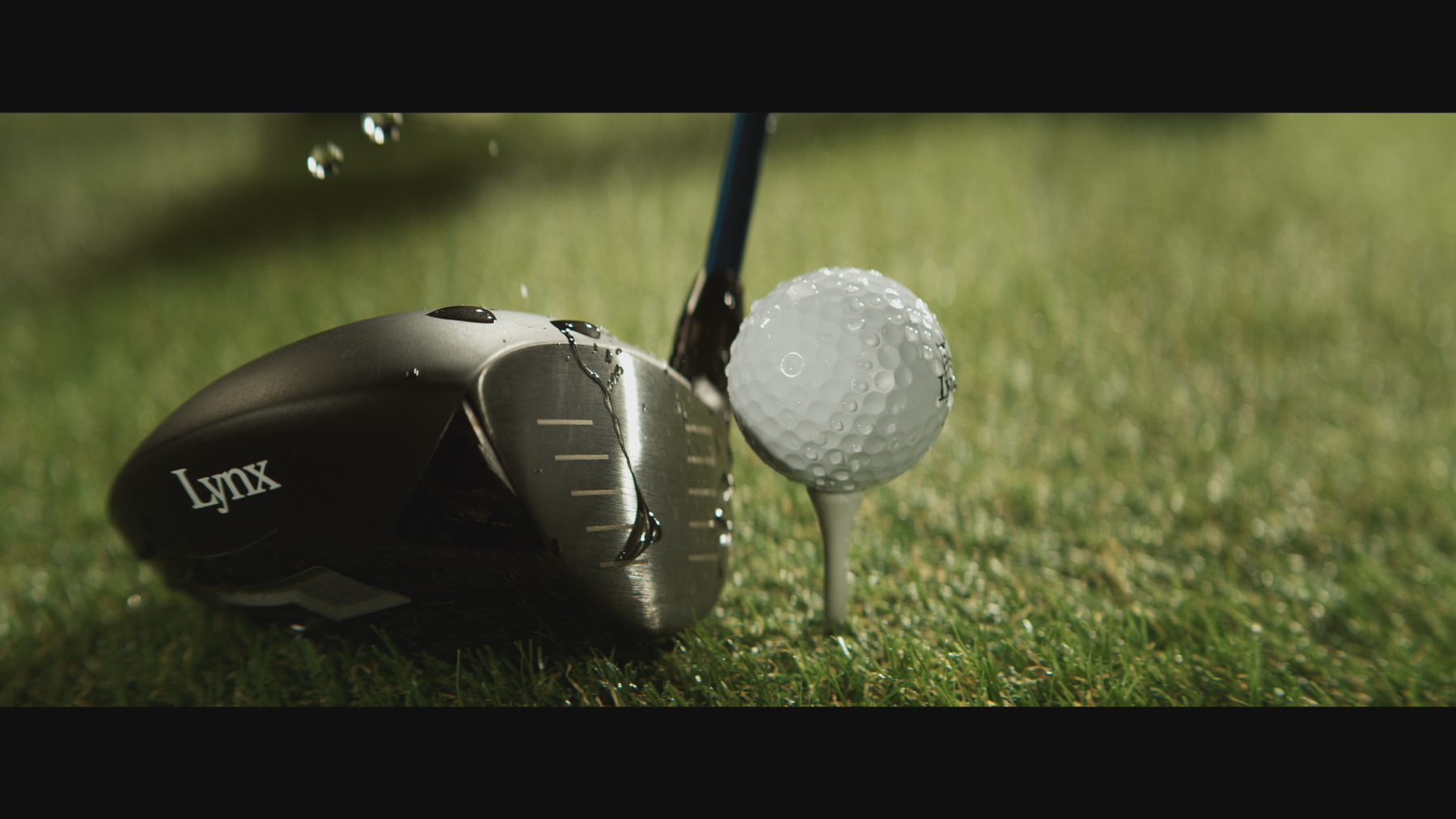 Lynx’s acclaimed new Black Cat adjustable driver is going down a storm – and is the star of a TV ad being aired on Sky Sports.

The production team managed to create the stormy weather conditions in a studio, where over the course of a day they threw rain, wind and smoke at Nick.

A large part of the magic of the ad is down to director of photography, Joel Anderson, who shot on the Phantom Flex, a high-speed camera that shoots at 1500 frames a second with Cooke anamorphic lenses to create the epic widescreen visuals.

The ultra slo-mo allowed Stripey Horse to capture the minute detail of a golf swing that is impossible to see with the naked eye.

Stephanie Zinser, Lynx Golf co-owner, said: “We always try to do things differently at Lynx and didn’t want to produce the stereotypical “wham-bam here’s our club, hit it longer” golf equipment ad. With slow motion, driving rain, atmospheric lighting and fantastic close-up camera work, we believe we have an ad that stands out, is cool and sophisticated yet perfectly communicates just how powerful the Black Cat driver is.”

The 30-second ad first aired during the Arnold Palmer Invitational at Bay Hill, with further spots in March during the WGC Dell Matchplay. The ad will also air throughout Sky Sport’s summer golf coverage of the PGA and European Tours.

It has a classic tour shaped head that increases club head speed and launches high with low spin for maximum distance. It also features Lynx’s Lynx Spin Control System – a removable and reversible weight bar which repositions weight either further forward, or further back, in the clubhead.

Lynx is dedicated to offering exceptional equipment for use by golfers at all skill levels and has always promised to support ‘green grass’ Pro shop businesses.

The company has an extensive range of men’s, ladies’ and junior equipment for 2017 and will be unveiling several exciting new products this year including new #BB (Boom Boom) and Parallax irons.

The PGA TOUR and European Tour has unveiled new details around its Strategic Alliance, which will see PGA Tour events held in the US offering points towards the European Tour-based Race to Dubai rankings.

Topgolf Entertainment Group has announced details of a 10-year partnership with St Andrews Links that will see it become the exclusive golf entertainment partner for the “Home of Golf,” along with Toptracer as the official range technology of St Andrews Links

James Stanley, who is joining the team full-time in the autumn, has over 20 years’ experience of working in the hospitality, events and consumer experience sectors