Bond and Penfold are Back!

As the latest Bond movie hits the cinema screens worldwide it seems fitting that Penfold have picked the same time frame to launch their latest collection of design led golf clothing.

Founded in 1927, Penfold was for many years one of the leading golf brands in the world. In its inaugural year in 1968, The Penfold Tournament attracted many of the world’s leading players and the brand itself contracted a number of golfing legends to play the Penfold Ace ball, including Gary Player.

By the 1980s, the Bromford Lane Factory in Birmingham was producing eight million golf balls a year!

Penfold will always be associated with both Fleming’s novels and the movies as the Penfold ball is 007’s ball of choice.

Of course, it became the most famous golf ball in cinema history when used in the 1964 film, ‘Goldfinger’ when Bond played a Penfold Heart ball and defeated arch villain Auric Goldfinger at Stoke Park.

Now Bond and Penfold are back!

Penfold is an iconic British brand founded in 1927 and the company believes its new range of clothing typifies the innovation and style that defines Penfold. Created for comfort, and tailored for function, the collection offers a uniquely British modern look inspired by 1950s cool. 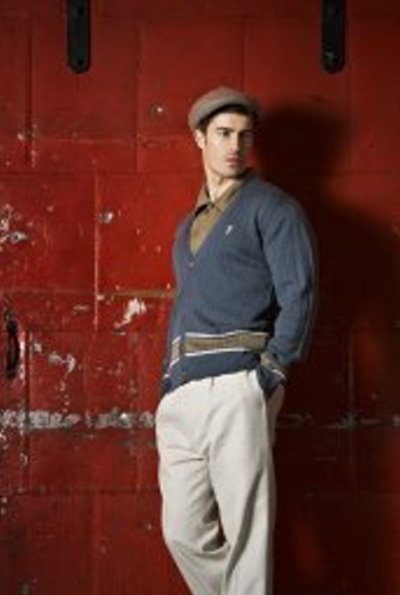 Of course no Penfold launch would be complete with out the new Penfold Black Heart Golf Balls and Golf Gloves.

This Autumn/Winter Penfold range will certainly “shake you” and “stir you” and the clothes are so adaptable that they look and feel equally at home on the Golf course, the bar, the Club or the street.

Bond is back (were you expecting Mr Penfold?)