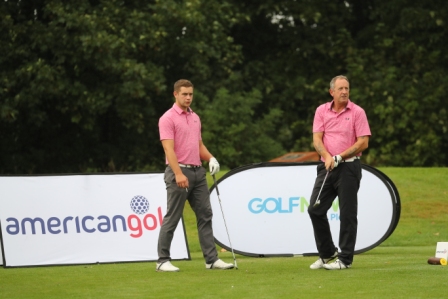 American Golf has announced its 2017 Championship schedule. In addition to its well-established events, there are 5 new tournaments in the line-up. Making their debut on the schedule are: a Family Pairs event, Adventure Golf Championship, Par 3 Championship, 9 Hole Singles Championship and Scratch Championship.

The variety of formats has been carefully selected to appeal to as wide a range of golfers as possible as Daniel Gathercole, Director of Marketing and Communications explains, “Golf is changing and our range of Championships reflects that. Everyone from the very best amateurs to Adventure golfers is invited to take part. We want anyone to be able to enter, pick up a club and have fun playing golf with family and friends.”

The Long Drive, 9 Hole Pairs, Ladies, Senior and Junior Championships all return to the schedule with regional qualifiers taking place across the UK & Ireland; the fun starts with Long Drive qualifying in store this February.

All of the Finals will be filmed and aired on Sky Sports later in the year. For more details and to register for the American Golf Championship of your choice simply visit http://www.americangolf.co.uk/free-tournaments/free-tournaments.html

The British Challenge presented by Modest! Golf Management, which is being held at St. Mellion Estate from 6-9 October, is expected to attract thousands of sports fans to the south west region and provide a timely boost to local businesses.