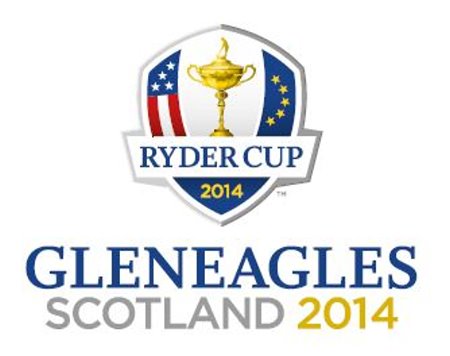 The public ticket sales process for The 2014 Ryder Cup at Gleneagles has begun with Ryder Cup Europe launching a registration website for fans.

Golf fans eager to get their hands on a highly-prized Ryder Cup ticket must complete a two-stage process that includes registering a photograph, before applying for tickets when the application process officially opens on Monday 10 June 10. Daily Tickets range in price from a £10 concession ticket for Under 16s on the Practice Days, to £145 for a Sunday ticket, while a range of combined ticket options is also available.

Those fans interested in Practice Day tickets can purchase them immediately on a first come, first served basis from 10 June onwards, while those fans interested in Match Day tickets have from 10 June until midnight on Monday 22July – when the process closes – to apply. All Match Day applications will then be included in a ballot, with those who have been successful being notified during the week commencing Monday 12 August.

General Admission ticket holders have access to all public areas of the golf course and its facilities, including the tented village, ground access to all 18 holes of The PGA Centenary Course at Gleneagles and access to any grandstand on the course. The full range of ticket options available includes: Practice Day and Single Day tickets, alongside Two Day, Four Day and Six Day Season Tickets.

RichardHills, European Ryder Cup Director, said: “The 2014 Ryder Cup promises to be a truly great sporting occasion set in one of the world’s most spectacular and iconic golfing locations.

“Understandably, tickets are highly sought after, but the ballot process for Match Day tickets means that everyone has the same chance of success. Furthermore, we fully believe that the range of ticket options available – including the Practice Day tickets which are available for purchase straight away – offer exceptional value for money and we are proud that children will be able to see some of the greatest golfers in the world on those days for £10.”

Practice Days offer the first opportunity for members of the public to soak up the unique atmosphere of a Ryder Cup. As well as watching the players put the finishing touches to their preparations, the Practice Days also offer an additional range of activities incorporating a variety of on-course fare including the Friendship Match between the members of the European and United States Junior Ryder Cup teams who will have played their official match at nearby Blairgowrie Golf Club on the Monday and Tuesday of The Ryder Cup week. Also available are various sponsors’ displays and exhibitions, alongside the merchandise pavilion and the exciting interactive zone in the tented village, while Thursday 25 September also sees the Opening Ceremony take place in the afternoon.

The photographic registration phase is now open via the Ryder Cup website. The official ticket application process will open on 10th June, closing on 22nd July. The ballot will then take place.