Pravets Golf & Spa has again proved why it is one of the best golf event venues in Europe, having successfully hosted the PGAs of Europe Coaching Circle, followed by the European Golf Association Team Shield Championship.

The entry to the inaugural 2015 event, hosted by Pravets Golf & Spa Resort in Bulgaria, attracted a diverse field of 12 European national teams including those from, Albania, Croatia, Greece, Hungary, Latvia, Liechtenstein, Macedonia, Malta, Romania, Serbia, Ukraine and Bulgaria. The championship is open to EGA member national golf authorities who, this year, have not fielded teams in the EGA’s other European team championships. 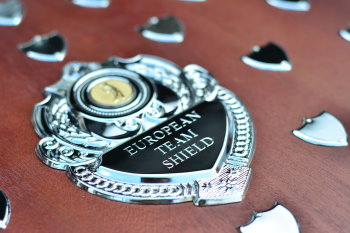 Richard Heath, the General Manager of the EGA commented: “We are delighted to have added the European Team Shield to our busy annual schedule of around 20 European title championships and International Matches. The championship’s main aim is to assist and motivate the participating nations to develop their elite golf programmes and national team infrastructure so that greater playing opportunities are open to their players in the future. The event has received tremendous support from The R&A, for which all participants are very grateful.”

A number of top coaches from the PGAs of Europe are also present to offer guidance to the teams in the form of a training camp, which has followed staging of their successful Coaches Circle Conference at Pravets earlier in the week.

The PGAs of Europe Coaches Circle concluded prior to the EGA Team Shield, with more than 40 PGA Professionals from 21 countries from all over Europe, together with more from Canada, being stimulated after a series of workshops and presentations.

Tony added ” The Coaches Circle is a ‘mastermind’ group where coaches are of a like-mind but also a like-task, having similar things to do in terms of dealing with players, national teams, etc., are given an opportunity to work together, bounce ideas off each other… and perhaps give a bit of support.”

Pravets has developed into one of the most sought after event venues in Europe and this back to back conference and EGA Championship is one of the highlights of Pravets year. Later in 2015 Pravets will host the EGA European Senior Men’s Team Championship and the fifth hosting of the UniCredit PGA Professional Championship of Europe.

Alan Rogut, Pravets Director of Golf commented: “The resort facilities, the superbly conditioned golf course and extensive practice facilities make Pravets a great venue for such tournaments, conferences and group golf events. We are proud to host such organisations at the PGAs of Europe and European Golf Association and this has seen a year on year increase in PGA Professionals and amateur groups alike choosing Bulgaria and Pravets as venue for golf weeks and events.