Guests Tuck In To Gloria’s Generosity 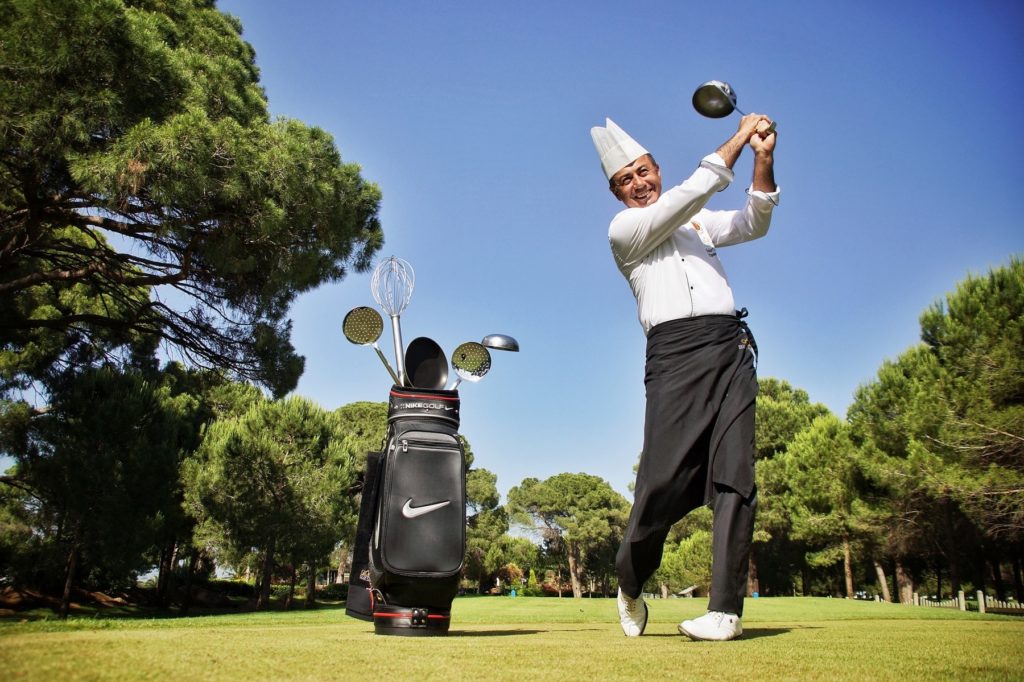 Gloria Hotels & Resorts broke with tradition and generously gave away the birthday presents at their 20th Anniversary Tournament & Gastronomy Week.

The stunning five-star luxury resort in Belek on the Turkish Riviera opened its doors for the first time in 1997 and is hosting a series of exciting events to mark the occasion throughout 2017.

The latest celebration saw 220 returning guests take part in a variety of formats, ranging from team, pairs, individual and Texas scramble in a five-day festival of golf and gastronomy with guests from UK, Italy, Sweden, Russia, Belgium, France and Turkey among those taking part.

Aside from some mouth-watering feasts in the stunning restaurants throughout the resort , the hosts then served up a tasty 84 trophies across a wide range of categories and then gave away 32 weeks of complimentary holidays with a selection of seven-night and four-night stays claimed by winning competitors.

The golf is always a major attraction in itself at Gloria with two superb 18-hole championship courses, a nine-hole academy course and outstanding practice facilities. The complex has seen remarkable growth and investment with three superb hotels to enjoy.

But there was also plenty to enjoy away from the course with several gala evenings featuring , outstanding banquets from Gloria’s world-class chefs and live entertainment, as well as the rest of Gloria’s many attractions.

Director of golf David Clare said: “It was a special week and the feedback has been excellent from everyone who took part. We had some great golf and some fantastic evenings. We look forward to seeing our returning guests coming back again in the future and hopefully a few more first-time visitors to see what we are all about.”

The festivities continue next month with the return of the Turkish Airlines European Challenge Tour event from April 24-30, 2017 – the third year in a row the up-and-coming golfers on the second tier of European golf will get their opportunity to shine on the Gloria fairways – followed swiftly by the Gloria Ladies Open Week (April 23-30).

And the Nuri Özaltın Gloria Pro-Am week (May 13-20) will be another date for the diary with amateur competitors invited to play alongside the professionals with amateur packages starting at €1150 Euros per person, including seven nights’ all-inclusive accommodation and five tournament rounds on Gloria Golf Club’s 18-hole New and Old Courses.

In 2015, Gloria Sports Arena – a 50m Euro complex aimed at professional sports clubs and athletes – became the latest addition. But holidaymakers can enjoy the diverse range of facilities and activities the resort has to offer at any of the five-star hotels Gloria Serenity Resort, Gloria Golf Resort and Gloria Verde Resort – all situated just 45 minutes from Antalya airport.