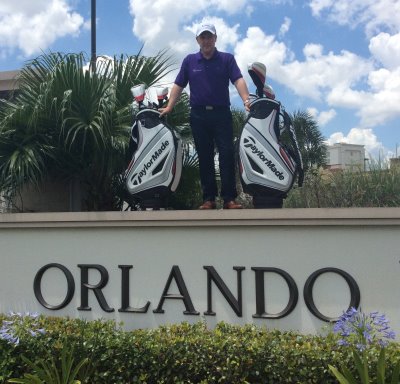 ClubstoHire.com, Europe’s largest golf club rental operator, is extending its service to three of America’s most popular golfing destinations from next week.

Sets of the latest TaylorMade and Callaway golf clubs will be on offer to golfers flying into Orlando, Florida; Scottsdale, Arizona; and Las Vegas, Nevada from €80 per week. After being pre-selected online, the clubs will be delivered to the customer’s hotel or resort on arrival and collected before departure.

The first location to open will be Orlando, which is the most-visited American destination (62 million visitors in 2014) and attracts many golfers from the UK and other parts of Europe, due to its strong flight connections and access to nearly 200 local courses.

Clubs will be available to European golfers travelling to Orlando, Las Vegas and Scottsdale from Wednesday 1st July and accessible to domestic golfers on the 4th July from $90 per set.

The move into the world’s biggest golf market follows the successful opening of similar operations in Africa (Cape Town & Marrakesh) and Asia (Bangkok & Pattaya, Thailand) during the last year, as increasing numbers of golfers travel to long haul destinations to play in warmer conditions. This year, the Dublin-based company which was founded in 2010, will supply over 75,000 sets of golf clubs from 25 locations around the world.

“Seven million people fly into Orlando from Europe each year and a growing number are golfers,” said CEO Tony Judge. “There are also 25 million active golfers in the United States – five times the number in Europe – so we’re confident that our club rental offer will be well received in all three new locations.”

“Our existing customers are looking for the service in the United States as they’re very familiar with our offering and the idea of using it Stateside appeals to them,” he added. “Initial reaction from American golfers is also very encouraging and we see great potential in such a large golfing market.”

Bookings for the three American destinations can be taken on the website from today. There are more than 200 golf courses in the Scottsdale area, including the famous championship venues at TPC and The Boulders. Las Vegas also provides many golfing facilities, such as Shadow Creek, Desert Pines and Canyon Gate.

In Europe, the service is available from one end of the Mediterranean to the other – Faro in Portugal to the west and Belek in Turkey to the east. There are also permanent ClubstoHire.com shops in airport terminal buildings at Faro and Malaga in Spain which offer sets from €35 per week.

“Not only does the service offered by ClubstoHire.com save on potential airline excess luggage costs and the hassle of moving heavy golf travel bags to and from airport terminals, but it also provides golfers with the rare opportunity to trial the very latest clubs from the leading manufacturers,” added Tony Judge.

HMH is handling the open market sale of Kingswood Golf Centre near Doncaster, the confidential sale of a classic 18 hole freehold club in the South East and a highly profitable substantial golf facility in Cheshire with a long leasehold

Following the success of last season’s HydroKnit waterproof sweater, which feels like a mid-layer yet performs like a waterproof jacket, FootJoy has expanded the Hydro Knit range for its Autumn/Winter 2020 Apparel range.