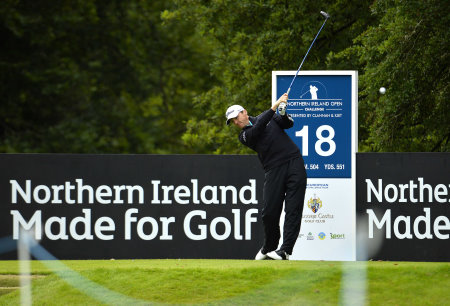 Your Golf Travel has announced its official sponsorship of the Challenge Tour’s Northern Ireland Open which will take place at Galgorm Castle from August 28-31.

The 2014 Northern Ireland Open will look to build on the momentum generated by last year’s tournament which saw just over 22,000 golfers watch Daan Huizing of the Netherlands triumph in a dramatic play-off victory over 2008 Ryder Cup star Oliver Wilson.

Golfers wanting to see the very best up and coming golfers from the Challenge Tour will be able to do so for free simply by registering for a ticket via niopen.co.uk. As an extra incentive, Your Golf Travel will be offering a complimentary £50 voucher for attendees to use on their next golfing holiday.

Gary Henry, Director of Galgorm Castle said, “We are delighted to have Your Golf Travel as the official travel partner of the NI Open 2014. Your Golf Travel is the market leader in golf travel and the NI Open is the perfect partnership to interact with the golf enthusiast.

Your Golf Travel co-founder Ross Marshall said: “We’re thrilled to continue our ongoing support towards golf in Northern Ireland, which extends through our global brand ambassador Darren Clarke who hails from Royal Portrush.

“Northern Ireland is home to some of the best links courses in the world, but the retention of GalgormCastle as host venue shows the variety of golf on offer.

“We’re sure this will be a great week for Northern Ireland and will no doubt reinforce it as a must-see golfing destination.”