Snap up GolfSixes tickets for just £6 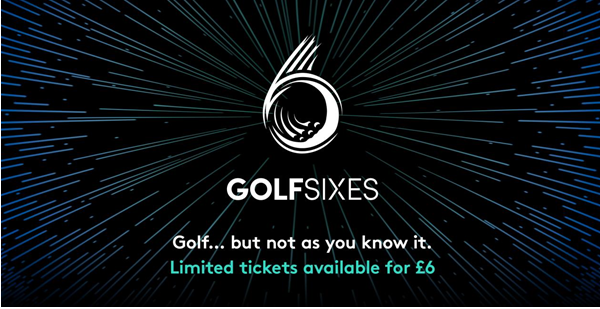 Fans can experience a revolutionary short form of golf for just £6, as a special GolfSixes advance ticket sale begins today.

For the next six days, advance adult tickets for the inaugural six-hole match play event at the Centurion Club in St Albans, England, on May 6-7, will cost just £6 per day.

As well as watching two-man teams from 16 different nations competing for a prize fund of €1 million, there will be entertainment for spectators to enjoy outside the ropes as the six holes wend their way around the centrally located fan zone at the Hertfordshire venue.

In addition to amphitheatre-style stands around the tees and greens, there will be music and pyrotechnics on the first tee and at various points around the course, with player engagement to help bring fans closer to the action.

Players will also be encouraged to interact with fans during play and in the intervals between their matches, including taking part in Q&A sessions in the fan zone. The activity-packed fan zone will also offer plenty of food options that reflect the 16 competing nations.

In the build-up and throughout the event European Tour digital platforms will deliver an “access all areas” fan experience. During the event Facebook Live and Twitter Live will be used to stream in-round interviews, Q&As with players, and country and team overviews. The interactive at-event fan experience will feature polls and live social media content on the big screens. In addition, the live broadcast will focus on bringing fans closer to the action through greater player interaction and unique camera angles.

The event will feature two-man teams from 16 different nations, each nation being represented by its two leading ranked and available European Tour members from the 2017 Exemption Category List as at Monday March 13. The participating countries and players will be announced the following week.

The first day’s play on Saturday May 6 will see the teams split into four groups of four similar to the UEFA Champions League football group stages, before the top two teams from each group progress to the knockout stages – the quarter-finals, the semi-finals, a 3rd/4th place play-off match and the final – all of which will be contested on Sunday May 7.

In the group stages, three points will be given for winning a match with one point given for a draw while the matches themselves will be played in a greensomes match play format*. Both days’ play will be shown live on Sky Sports in the UK and around the globe on the Tour’s world feed network.

David Williams, Tournament Director of GolfSixes, said: “We’re very excited about this innovative new format, and we want to give as many golf fans, and potential golf fans, as possible the opportunity to get along to the Centurion Club on May 6 and 7.

“It will be a fast-paced and fun event for both players and spectators, with lots of entertainment on the course and in the fan zone. The country versus country match play format is sure to enhance the atmosphere and competitive edge as the players battle for national pride.

“We’re delighted to be able to offer this special advance £6 ticket price, which I have no doubt will make this event even more attractive to spectators, whether they are seasoned golf fans, or will be joining us for the first time.”

Special advance rate GolfSixes tickets are on sale now for just £6 per day at www.golfsixes.com The six day sale ends on Sunday, March 19.