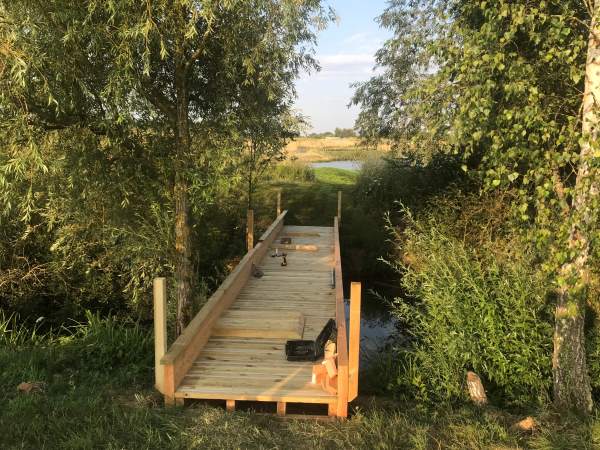 In just over three weeks, all evidence of the Open de France at Le Golf National had been removed during the phase called ‘pre-installation’ in the building plan.  The hospitality suites behind the 18th green have been removed and the Ryder Cup structures are starting to take shape, while the Ryder Cup logo is beginning to be seen in large quantities.

Among the current work underway is the restoration of 30-year-old bridges around the 18th hole and a brand-new bridge between the 2nd green and 3rd tee to speed up the movement of the players between the holes. Also building has started on the main merchandising tent in the west village near the main public entrance which involves four huge cranes being on site to lift the 45-ton, 2600 square metre roof into place.

The infrastructure behind the first French Ryder Cup has cost €7.5 million and involves 15 kilometres of new pathways; 18 kilometres of new drainage and also new irrigation across every hole; the reconstruction of all 45 bunkers on the course; and 27,000 square kilometres of platform areas for hospitality.

And while the post-Open de France work took place on the course and before The Open Championship began, Le Golf National had some special visitors – the US Ryder Cup captain Jim Furyk and a group of players including Jordan Spieth and Bubba Watson.