Once upon a time, being handed the job of hosting a Ryder Cup was something of a poisoned chalice, writes Ross Biddiscombe. This was especially true in the three decades after World War II when America’s near-total dominance made it a dull, one-sided contest that kept crowd numbers low and scared off commercial support. But the modern-day matches are TV extravaganzas and heaven for sponsors, so the match venue bidding process is a multi-million dollar affair. The big venue question right now is: who will host the European match in 2026? 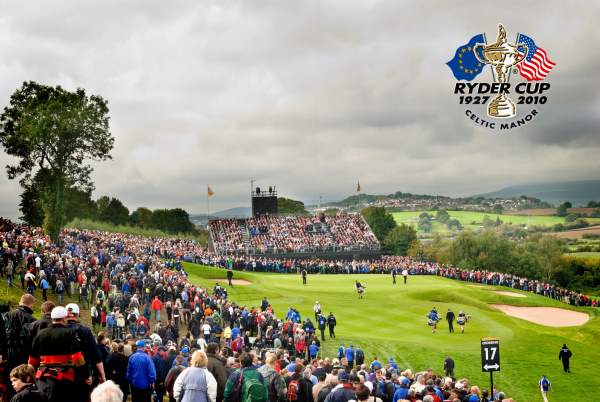 The PGA of America has been far more intent on early venue announcements than Europe in recent times. They surprised many people by deciding to return to Hazeltine for the 2028 match which will be just 12 years after the triumph of 2016 – it’s the first American club to repeat as host in the history of the matches. Meanwhile, the Olympic Club announcement for 2032 was made last November, giving the California club an unprecedented 15 years to prepare.

In Europe, the speculation about Europe’s 2026 host club has already started to build even though a decision is unlikely for another 12 months. With Guy Kinnings taking over as Europe’s Ryder Cup director after this month’s match, all bets are off until he speaks publicly about his strategies. Right now, many observers believe courses in the UK or Ireland will be favourites for 2026 and 2030 after two consecutive venues on continental Europe.

However, the reverse view could also be valid because continental European golf communities both want and need more Ryder Cups in order to further boost the sport in non-traditional areas. This is even more a reasonable theory when the bidding countries for 2018 and 2022 are carefully studied. The six countries who originally bid for this year’s event were: Germany, Spain, Portugal, Netherlands, Sweden and the eventual winners, France, who got the nod in 2011.

Four years later, Italy was selected as host for 2022 which left Austria, Germany and Spain disappointed after these countries took part in the whole bid process, while Turkey, Denmark and Portugal withdrew early on. Not a sign of a UK or Irish bid, primarily because European Tour officials had let in known that it was time for more continental matches. However, these facts show that there are still plenty of

countries besides the UK and Ireland who have Ryder Cup ambitions.

Despite there being no official word about 2026 or 2030, a leading early contender has already emerged: Adare Manor in Limerick, a course owned by golf fanatic and legendary Irish billionaire businessman JP McManus. “We’ve put our name in the hat and we’d love to have it. I think we have the facilities to host it” said McManus in April this year. McManus is to Ireland as Sir Terry Matthews is to Wales and Matthews successfully brought the Ryder Cup to Celtic Manor in Wales in what

But any decision on 2026 or 2030 will have to wait because European Tour Chief Executive Keith Pelley wants to first study the feedback of the Paris match. And that means it’s not beyond the bounds of possibility that Le Golf National could be in the running again. The 2030 match is not out of the question if, firstly, the Albatros course proves to be super friendly for the record crowds of 50,000 spectators every day and, secondly, if like Hazeltine there is a strong performance by the home team.

The bidding process for European and US Ryder Cups has changed over the years and was once a case of both the British PGA and the PGA of America informally sounding out individual clubs and hoping for a deal that would allow them to make a reasonable profit.

Now, however, the European matches require the support of entire countries, their golf federations, their tourism offices and their senior politicians both national and local to give full support to the event. For example, Le Golf National rolled out then French president Nicolas Sarkozy to assist with their presentation.

The objective of the process for venue choosing by Ryder Cup Europe focuses on the correct sporting and commercial make-up of the host course.

In the past, a Bid Evaluation Committee judged the candidates on five specific criteria:

The Bid Committee was also assisted for the 2026 decision by external advisers who brought non-golfing experience from specialist sporting backgrounds such the Olympic Movement and the London Marathon.

In terms of money, the Italian bid for example promised a commitment to the Italian Open with a €7 million prize fund for the championship for 11 years, beginning in 2017.

So, the speculation about Europe’s 2026 and 2030 match venues is set to run for many months to come. Only one thing is for sure – Ryder Cup Europe selection committee will not be short of courses and countries to choose from.