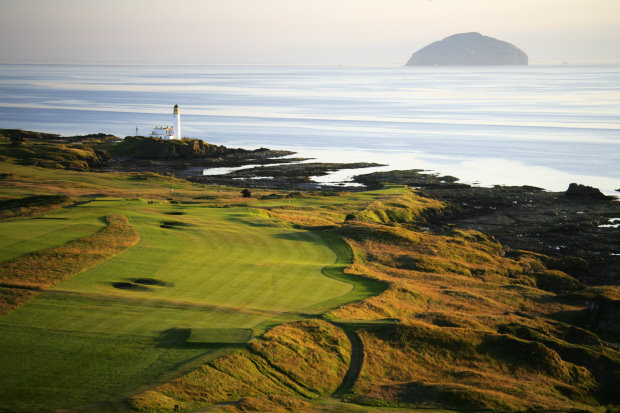 The Trump Organization has announce that its transaction to purchase the legendary and iconic Turnberry Golf Resort in Scotland closed on Monday, 16th June at 9am EST. Mr. Trump will be traveling to Turnberry on July 2nd to host a major press conference at 11am concerning his plans for the resort.

Turnberry has already been the home of four of the greatest Open Championships of all time, including the 1977 Duel in the Sun where Tom Watson won over Jack Nicklaus and, Tom Watson’s magnificent showing at the age of 59 in 2009.

The name of the resort will be changed to ‘Trump Turnberry, a Luxury Collection Resort, Scotland’.

Donald J. Trump is one of the foremost real estate developers in the world. Trump Turnberry will be solely owned and managed by The Trump Organization. The hotel will be included in The Luxury Collection brand as part of a franchise agreement with Starwood Hotels & Resorts.

“I am honored to own and manage this magnificent property, perhaps the most exciting property there is. We will be spending a great deal of time, effort and money to make Trump Turnberry the finest resort of its kind anywhere in the world. I would like to thank Starwood Hotels & Resorts for working with us, in the best interest of property, to bring about this historic acquisition. I would also like to thank all representatives in South Ayrshire for their support and wonderful statements to the media,” stated Donald J. Trump, Chairman & President of The Trump Organization.

A minimum of 100 million pounds sterling will be spent on renovating the current Turnberry Hotel. Additionally, upon the recommendation of the R&A, Mr. Trump has retained the services of the highly respected golf architect, Martin Ebert, of the firm of Mackenzie & Ebert.

Mackenzie & Ebert Ltd. has provided golf course architectural advice to Turnberry on the Ailsa Course since Mackenzie & Ebert was formed in 2005. This has included all of the changes made for The Open in 2009.

A booklet describing the changes made to the Ailsa Course for the 2009 Open can be downloaded at the following web page.

www.mackenzieandebert.co.uk/download.html The changes to the 10th, 16th and 17th holes were significant.

Martin Ebert has been the partner in charge of the work and this followed the input at Turnberry which he made with Donald Steel for Donald Steel & Company from 1999 until 2005. He will be attending the press conference on July 2nd.

R&A chief executive Peter Dawson has this week confirmed that none of the existing Scottish Open Championship venues on the rota, most notably Carnoustie, Turnberry and Muirfield, would be threatened by the return of Royal Portrush.

“We are very happy with all our Open venues,” he said. “I’ve emailed them all today, informing them that Royal Portrush is an addition, not a substitution, and that they all are firmly in our plans for the future.”

The announcement of the 2017 and 2018 venues for the Open is “going to be quite soon”, said Dawson, without giving firm indications of the impending decision.

“Interesting things will be going on at Turnberry in the next few months and years, I’m sure,” continued Mr Dawson. “Mr Trump is committed to keeping close to us before any changes to the Ailsa Course are made,” he said. “It’s good to see a businessman of his stature investing in a golf resort. It’s very encouraging. I’ve seen the odd plan for the Ailsa, so we’ll just have to wait and see.”