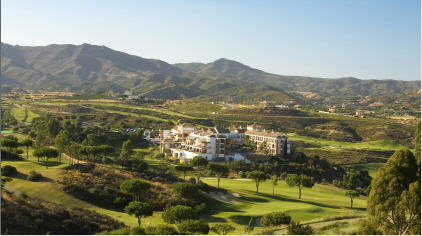 FBD Property & Leisure Limited (‘FBDPLL’) has announced details of a €40 million development at its La Cala Resort in southern Spain that will consist of 103 units comprising 55 townhouses and 48 apartments.

Construction of the new development called ‘Horizon Golf’ will begin in February 2016 with the first units to be handed over in 2017. Sales of the units will be launched soon.

Today’s announcement brings to 163 the number of units developed by FBDPLL and Taylor Wimpey Spain at La Cala Resort.

The first joint venture development at La Cala Resort was launched in late 2014 and consisted of 60 apartments at a gross value of €20 million. To date, 55 of the 60 units have been sold generating sales of €17.9 million, with the remaining 5 units expected to sell in Q1 2016.

FBDPLL expects to net cash of €12 million from the sale of both the first and second joint venture developments at La Cala Resort.

David Kelly, CEO of FBDPLL said: “While the Irish hotel and property market has been in recovery mode for a number of years, we are now seeing significant momentum building in the Spanish hotel and residential property sectors. Investment in Spanish property jumped by 263% from €4.9 billion in 2013 to €17.8 billion in 2014, which is supported by record visitor numbers (up 5% in 2015 to almost 70 million visitors) and an 8% increase in visitor spending in 2015. This makes Spain a very attractive proposition for investors, with a weak euro also a big plus for non-euro investors.”

Javier Baluster, CEO of Taylor Wimpey Spain, said: “Following a difficult period of economic recession, the Spanish hotel and property market is now on a positive growth trajectory. La Cala Resort is a very attractive destination for second home buyers given its exclusive location and close proximity to Malaga Airport, which serves almost every major European city. We are delighted to work with FBDPLL again on this latest development at the resort following the very successful launch of our first joint venture. We are confident of bringing another very exciting proposition to the Spanish market.”

The company also has full planning permission for a further 139 bedrooms at the hotel, and for the development of over 5,000 m² of commercial and sports facilities.

This brings to almost 180,000 m² the total development opportunities at La Cala Resort.