See Tony Jacklin as Never Before 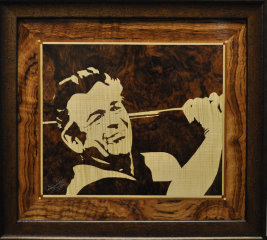 Tony Jacklin CBE, the great British golf legend, has developed a new skill which puts him at the top of a completely different profession.

During The Open Championship in July some of his work was displayed in The Austen Gallery in Macdonald Rusacks Hotel St Andrews, and it received widespread acclaim

Tony Jacklin hand makes and finishes each piece, which is signed, and dated; each has a personal letter of authenticity from him. These special pieces are framed and ready to display – no other sporting hero offers such collectable art work.

He will undertake personal commissions to illustrate his client, a family relative or work colleague, and of course any great person from past or present. The choice is absolutely open. 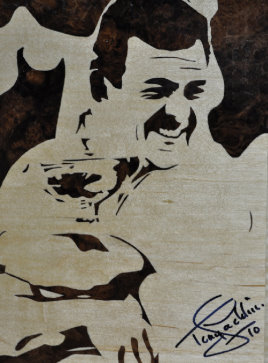 Later in his career, Tony went on to Captain four successive Ryder Cup teams (a record), losing narrowly at PGA National in 1983, winning at The Belfry in 1985, securing the first ever victory on US soil in 1987 at Jack Nicklaus’s Muirfield Village and culminating in that never-to-be-forgotten drawn match at The Belfry in 1989. Champion golfers are blessed with a unique talent to play golf, as far as I know Tony is the only major winner who has become an accomplished artist.

After his playing career on the US Seniors Tour finished, he has developed a successful golf course design company, although his great love and passion is the marquetry artwork that he produces. It is this that gives him true satisfaction. 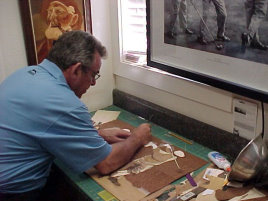