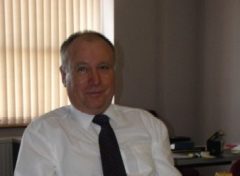 With a son serving in Afghanistan, There4’s MD Iain Belton knows about the pressures of military life out there. So as a small contribution to the men and women involved in the conflict, from 11 to 16 April Iain and a few friends will be ‘hashing’ the 72 miles of Hadrian’s Wall, carrying an occupied military stretcher to raise money for two military charities:

To get the sponsorship started, Iain has already donated £10 for every rental paid to There4 for January, February and March, for the buggies assigned to There4 from the old Mox portfolio.

If they would like to, golf clubs can match this in their rental arrangement with There4, and Iain will see that every penny goes evenly to the charities. In addition, There4 is also paying a further £10 for every golf buggy or piece of turf equipment sold.

The result to date is that Ian has now raised over £3,000. Ford is providing a minibus for the team and Manheim Auctions is handling the insurance. An auction that There 4 will be holding in April of some 40-50 buggies will also aid the cause, as every buggy sold will raise a further £10 each to help increase the total.

Sponsor Iain and fund a few more beers for our boys!

People involved in the golf business who would like to sponsor Iain Belton on this run/walk/crawl can contact him on 07712 038 570.

Iain knows just how much the boys serving in Afghanistan appreciate the public support they get, and how well a beer goes down on the plane home from Afghanistan.

“My son’s experiences mirror those of thousands of troops out there, and a beer on the plane home as a token of our support and appreciation means a lot to every one of them,” he said. “So for him and his mates out there, a few of us are going to go the extra mile – well 84 miles to be exact!

“With a special interest in this, raising as much as we can is very important to me and my mates. So it would be brilliant if besides There4’s financial support, clubs and people in the golf business step forward to sponsor us so that there’s more Beer For The Boys, and to make things even easier, you will also be able to donate via www.justgiving.com/bh3-hash-the-wall”

To keep up to speed with Iain as he completes this hash within the allocated four days, he and his mates’ progress will be published from time to time and the relevant websites for these updates are: