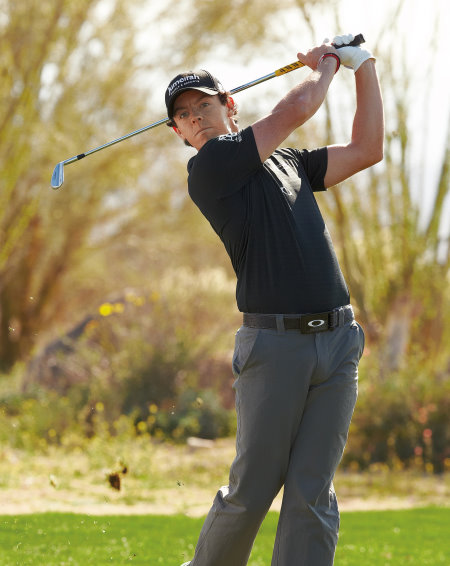 Rory McIlroy has won the Golf Writers Trophy for 2012 after a magnificent season which saw him finish the year as the undisputed world No 1.

McIlroy said: “The 2012 season was a superb one for every aspect of European golf and that comes across when you look at the names of the players in contention for the Golf Writers Trophy this year – therefore to come out on top of that list is a great honour.

“Throughout the year, wherever we play, the golf writers are there helping to promote our sport and give a voice to golf and, therefore, I am delighted to win their award. I hope to give them plenty more good things to write about in 2013.”

McIlroy won his second major title at the USPGA Championship atKiawahIslandby eight strokes, claimed four other victories, including the DP World Tour Championship,Dubaiwith five birdies over the last five holes, and did the double of winning the money list on the PGA Tour and the Race toDubaititle on the European Tour.

While McIlroy earned almost 50 percent of the first-place votes, the poll reflected the range of achievements by European golfers in 2012. McIlroy also claimed a part of second place as a memberEurope’s Ryder Cup team. Captained by Jose Maria Olazabal and inspired by the late Seve Ballesteros,Europeengineered a thrilling comeback from 10-4 down to win by a single point at Medinah.

Poulter was one of the key architects of the comeback as he made five birdies in a row to win a vital fourball match alongside McIlroy on Saturday evening. Once again showing his passion for team competition, the Englishman won all four of his contests at Medinah and went on to win his second World Golf Championship at the HSBC Champions.

Chapman, 53, enjoyed a fairy-tale season when he won the Senior PGA Championship and the US Senior Open, a double only previously achieved by Gary Player, Jack Nicklaus and Hale Irwin. Chapman ended the year by clinching the John Jacobs Trophy as winner of the European Senior Tour Order of Merit.

Great BritainandIrelandwon the Curtis Cup for the first time in 16 years and made history at Nairn by bringing all four of the main transatlantic trophies – Ryder, Solheim, Walker and Curtis Cups – toEuropefor the first time. Under captain Tegwen Matthews, GB&I recovered from losing all three matches in the opening session and still trailed heading into the singles but went on to seal a one-point victory.

Voted on by members of the Association of Golf Writers and dating back to 1951, the award recognises the most outstanding achievements during the year of golfers born or resident inEurope, and European teams. This is the fourth time in the last six years that the trophy has crossed theIrish Seawith Padraig Harrington winning in 2007 and 2008, and Graeme McDowell in 2010.

Past Winners of Golf Writers Trophy