Rob Coles has been named as a vice-captain to Cameron Clark for Great Britain & Ireland’s PGA Cup clash with America in Texas next year. The 45-year-old played an integral role in helping Great Britain & Ireland secure back-to-back victories over United States for the first time at Foxhills Club & Resort last September. The former European Tour player was the top points scorer on his PGA Cup debut, winning four out of five matches as the hosts recorded an emphatic 16-10 victory. 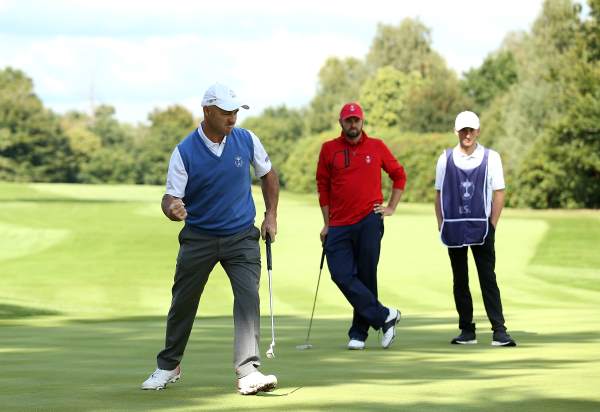 Coles is now looking to use all of his experience to lead Great Britain & Ireland to an historic third consecutive victory over the Americans at Barton Creek Resort in Austin, Texas, where the match will take place from September 27-29.

“Playing in the competition and winning meant a lot to me. I hadn’t played as part of a team for so long so it was brilliant and I really enjoyed that atmosphere. We did brilliantly last year but there were times when we were struggling. There were so many ups and downs and you can’t help but learn from that experience. I watched Cameron and Martyn (Thompson) do a great job last time in that role so I’ve learned a lot from what I saw from them.

“They helped everyone settle into the week and told us what to expect. I guess that’s what Cameron will want from me and anything that he needs organising. I don’t think it will be me making decisions, it will be what I can do to help him and the players.”

Despite guaranteeing his place on a flight to Texas next year, Coles remains confident he can be involved in a playing capacity too.

He continued: “Once your experience the PGA Cup you don’t want to pass on another chance to be involved again. To know I’m going to America next year is fantastic and I’m really excited, but I still want to qualify for it and play – I haven’t given up on that.”

Commenting on Coles’ appointment, Clark said: “I can’t think of anyone better to help me lead Great Britain & Ireland in America next year.

“I got to know Rob well throughout last year’s PGA Cup match and we’ve become close friends. After last year’s match he stated it was the best golfing experience of his career. For someone who’s played in over 300 events on the European Tour, that counts for a lot.

“Rob was our highest points scorer in 2017 and he really got what the event meant. He demonstrated what the competition is all about and how key it is in helping with the progression of The PGA. From a playing perspective, he’s got a lot of experience so everyone will have the upmost respect for him. He’s a great person and everyone will get on with him.”

Robert Maxfield, chief executive of The PGA, added: “I am thrilled to see Rob selected as a vice-captain following his outstanding performance in the 2017 PGA Cup. It was clear for all to see how much it meant to Rob to represent Great Britain & Ireland. He showed a real passion for the competition at Foxhills. There is no doubt that Rob’s experience as a former European Tour player and past PGA Cup winner will be hugely beneficial to the 2019 team.”