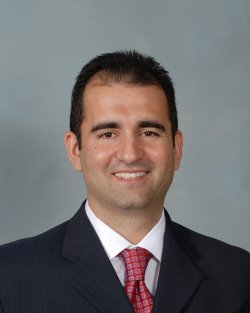 Ric Stone has joined Jacobsen as Vice President of Sales effective January 1, 2011. He reports directly to Dan Wilkinson, President of Jacobsen, and in his new role will be responsible for leading sales efforts in North, Central and South America as well as customer service and parts support.

Ric is transferring from Textron Financial where he most recently held the position of Senior Vice President and General Manager of Operations.

Ric received his BBA in Finance from Georgia State University and an MBA from Emory University in Atlanta, GA. He will be relocating to the Charlotte area from Atlanta with his wife, Julianne and their children Benjamin and Honour.

Commenting on the appointment Dan Wilkinson, President of Jacobsen said, “Ric brings with him both leadership depth and tremendous business acumen. He will continue Jacobsen’s efforts in improving customer satisfaction and driving profitable growth.”

With nearly 90 years of experience in the turf maintenance industry, Jacobsen has built a legacy of precision craftsmanship, legendary quality of cut and unmatched expertise.

Jacobsen equipment is used on some of the finest golf courses, sports fields and other formal turf areas across the United States and the world, through an extensive distribution network and the international Ransomes brand.