His own determination, plus support from friends, family, medical staff , Headway and The Professional Golfers’ Association has helped Leo Tarrant make a nonsense of a doom-laden prognosis, writes Adrian Milledge.

The whiff of hot dogs outside Arsenal’s Emirates Stadium goes undetected. Likewise that of the roses. Or the coffee. You name it, Leo Tarrant cannot smell it.

Not that he’s worried. Losing his sense of smell is a small price to pay for what should have been his fate following a fall that left him in a coma for eight months.

Simply and brutally put, at worst, the 34-year-old should be dead; at best, he should be needing round the clock care and unable to continue his role as PGA director of instruction at Ravenmeadow Golf Centre in Worcester.

That he is neither and back at work is a result of him defying the medics’ doom-laden prognosis.

All of which is testament to his determination to get his life back to normal, indefatigable support from his mother and the skills of the doctors and nurses who have all been party to what is nothing short of a miracle.

“I fell over outside my home in May three years ago and suffered a severe head injury,” he explains. “There was bleeding on my brain and, from what I was told, I was dead really. Initially they kept me alive because my mother refused to believe I would die. She’s been a special care nurse all her working life and has incredible strength.”

That strength was tested to the limit as her son, who was treated at the Walsgrave Hospital, Coventry, underwent a series of operations.

One involved the removal and replacement of his skull with titanium; another putting drainage into his brain. Then, when Tarrant emerged from eight months of darkness, it was as though the clock had been rewound to the day he was born.

“When I woke up I was unable to speak and completely disabled,” he recalls. “Firstly I learned to sit up in bed then I got a machine that let me type things I wanted to say to people. Then I was able to start speaking again.

“At that stage, Dr Okirie my consultant thought I wouldn’t be able to walk or do anything active again but people never gave up trying. I had a couple of people close to me who were really good and they were so positive. They encouraged me to do things – sit up in bed and pass things to them.

“Golf balls and memorabilia were brought in for me to play with and I started to learn to sit up and be hoisted into a wheelchair and learn how to use it. Then it was a case of attempting to stand, which took weeks to do, then trying to walk again and making a complete recovery.

“I think I amazed a lot of people. I was in the Coventry Walsgrave Hospital and then in the Leamington Rehabilitation Centre which specialises in head injuries.

“When I had my last consultation with Dr Okirie prior to being discharged there were a load of people in the room – they had asked to come because I was considered to be a scientific miracle.  I was told the textbooks said I should be dead and it was unbelievable I’d survived. Failing that, I should have been severely disabled.

“Dr Okirie said he’d studied my case very closely because he wanted to work out how I’d recovered as there was no scientific or medical reason for it. He also predicted he didn’t think I’d win the lottery or become prime minister but told me to make sure I have a smile on my face every day.”

In addition to his lost sense of smell, Tarrant’s memories of some of his life before the fall are sketchy. As for the incident outside his Worcester home, he has no recollection of it at all.

Similarly, the cause of it remains a mystery. There were no witnesses and his wallet and valuables were left untouched so, clearly, he was not mugged. There is, however, a suggestion he could have been hit by a car.

Many in his situation would be tempted to try and establish what had happened just to satisfy their curiosity; others would want to bring the person or people responsible to account.

Not so Tarrant.  “I’m in better shape mentally than I’ve ever been and I want to put all this behind me rather than try and find out what happened,” he says.

Tarrant reckons he has inherited that positive attitude from his mother and the medics, at a loss to explain his death dodging defiance, cite that as the reason for his remarkable recovery.

“My mother’s an incredibly positive person,” he says. “My father died when he was 35 so she had to bring me up single-handedly. I guess her positive attitude has rubbed off on me.

“The consultant told me there’s something in me that wasn’t in other people – I never asked any bad questions and only ever tried my hardest. He wondered if being so positive was the reason for me getting better.”

As well as imbuing her son with positive vibes and giving up her job in London and moving into his flat so she could help nurse him back to health, Helen Tarrant also tackled the more practical consequences of his accident.

“She contacted The PGA while I was ill and asked them to suspend my membership,” he explains. “David Wright, who administers The PGA’s Benevolent Fund, found out about it and was incredibly good from there.

“It really surprised me what happened. It sounds awful but I didn’t think I had any relevance to The PGA – my injury was nothing to do with my career. I knew who David was from doing my training and when my mum said he wants to see you I was amazed. 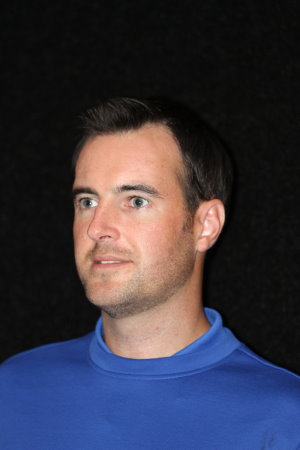 “I’d been a pro for 10 years and didn’t give much thought to the Benevolent Fund. When your membership renewal comes up and you’re asked to make a donation to it, you might give a fiver and wonder why.

“But the fund helped me massively. I was off work for 16 months as a result of the accident and was pretty much bust and in danger of losing my property.

“David made a full assessment of everything I had to pay for, what I’d earn and came up with a plan to help me out. It was very generous and helped me a lot. None of it was asked for – it was done by him having a look and saying this is what we want to do.

“He did it from a director’s level in a friendly way and became your friend doing it. It meant a lot the organisation wanted to do that for you. I’m an Arsenal supporter and, apart from the fact he supports Spurs, I couldn’t fault him.”

James Leaver, Ravenmeadow Golf Centre’s major shareholder, was similarly helpful and supportive while Tarrant battled his way back to full fitness – a process that took more than a year and continues to this day.

“When I did go back to work, I could only do 10 hours a week,” Tarrant says. “But I was lucky insomuch that had shares in the centre and James helped me keep my job.

“He’s a good friend of mine and was the pro at my club when I was 16. He let me work for a year when I wasn’t at my best and doing everything properly.

“By contrast, the government was pretty much a waste of time. They did things when you were dying in hospital but the minute you got out, that was it.”

While the government agencies sat on their hands, Tarrant found an ally that was neither employer, friend nor professional association – Headway, a national charity.

Set up to promote understanding of brain injuries and to give support to people who have sustained them as well as their carers and families, Headway’s input proved invaluable as he embarked on the long journey to return to a normal life.

“They were really helpful to me,” he says. “And like David Wright of The PGA, they wouldn’t leave me alone. That is until I told them I was fine and someone else would need them more than me.

“Until then one of their volunteers used to come and see me for a couple of hours every week and just chat about my life in general.

“The volunteer was usually the same person and this helped build a rapport between us. One, Steve Jones, has even become a friend.

“This went on for about a year and not once did they quiz me as to whether I’d been doing my physio or lecture me about how I should be doing things.

“They talked to me as friends and discussed things like girlfriends, where we’d been on dates, that sort of thing. They were very positive in helping me get my life back together – there was no negativity from them at all.

“They also helped on a practical level by arranging things like concessions on transport costs because I lost my driving licence as a result of the injury. There were also other benefits they told me I was entitled to.”

Subsequently Tarrant has reciprocated by running a fundraising golf day for Headway that produced more than £1,000 and he has increased his annual contribution to The PGA Benevolent Fund.

He readily admits, however, that no amount of golf days or raised subscriptions will repay the medics, friends, families and support groups who have been party to his miraculous recovery.

“I was a 31-year-old guy who was in massive trouble and my career in golf could have been over; likewise life as I knew it. I’m indebted to them all, especially David and Headway. They never made an issue about helping me and their help was there for me for as long as I needed it.”