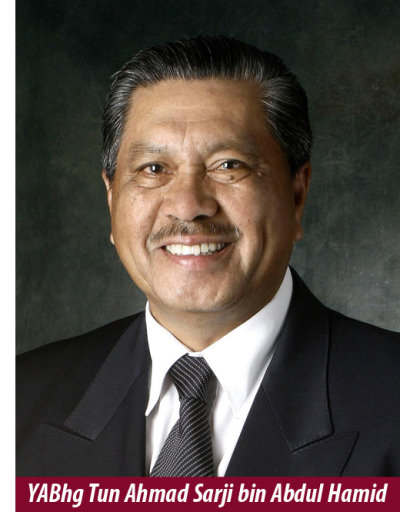 This special honour is being bestowed upon Tun Dr. Ahmad Sarji bin Abdul Hamid, Chairman of PermodalanNasionalBerhad (PNB). PNB is Malaysia’s biggest fund management company which operates a number of unit trust schemes with offices in Singapore, London and Tokyo.

Besides his numerous directorships in corporations and public organisations, Tun Dr. Ahmad is also the Chairman of the Professional Golf of Malaysia (PGM). Under his leadership, PGM’s objectives are to promote the sport of golf and to contribute towards its enjoyment and growth in Malaysia.

As a show of confidence in Tun Dr. Ahmad, the Malaysian government appointed the PGM to become the local coordinator of The EurAsia Cup, the annual Ryder Cup format tournament between Europe and Asia.

“Malaysia has benefitted greatly from hosting The EurAsia Cup and it has reinforced Malaysia’s capabilities to host a sporting mega-event placing our great nation firmly on the global sporting calendar,” is how Tun. Dr. Ahmad reacted after the inaugural Eurasia Cup clash ended in a draw.

The induction will be conducted during the Gala Awards Banquet of the 2014 Asia Pacific Golf Summit which will be held at the iconic Marina Bay Sands Hotel in Singapore on 14-15 November.