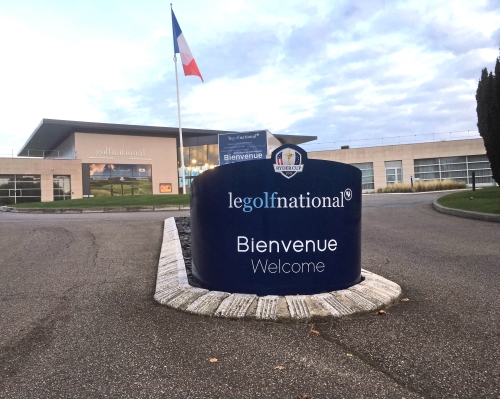 Two London Golf Club greenkeepers were given the opportunity to ply their trade at the famed Le Golf National in France, helping prepare the iconic Albatros course ahead of the European Senior Tour’s Paris Legends Championship.

The trip is another example of London Golf Club’s continued commitment to the development of its team, with the Kent-based European Tour Destination having already received the prestigious Investors In People Gold Award.

“When I arrived at the venue I immediately realised the quality of both courses and the reasons why Le Golf National gets chosen to host such prestigious tournaments,” commented Mark.

“It was an opportunity to use a different brand of machinery which was a good to experience, especially using different types of cutting machines. Alejandro and the whole team were very welcoming, and this helped both Chris and I really feel part of the crew.”

Adding to Mark’s comments, Chris said, “The biggest thing to take away, apart from the experience, was the networking opportunities it provided and the contacts we now have. 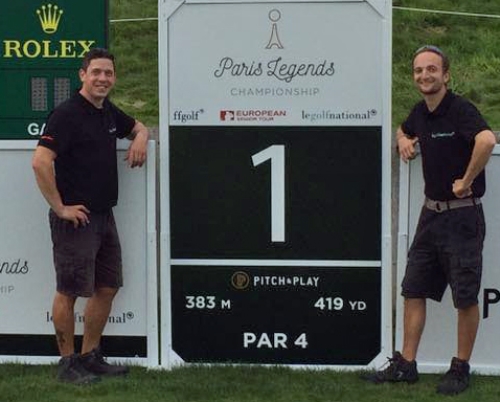 “The support from our CEO, Stephen Follett and Golf Courses and Estate Manager, Lee Sayers to help make this experience possible has been amazing. I can’t thank them enough,” continued Chris.

As a result of their expertise and hard work throughout the week, both Mark and Chris have been invited back by Le Golf National to be part of the greenkeeping team at next year’s Ryder Cup, as well as the European Tour’s HNA Open de France in June.

Rebecca Hutchinson’s genuine love of the game and how she uses her passion for golf to help others has earned her England Golf's ‘Hero’s Handshake’ award for November.

A pair of course managers who have spent their entire careers working at the same golf clubs have achieved the highest accolade available to UK greenkeepers.

Germany’s largest Capillary Bunkers installation so far has just been completed at the Marienburger Golf Club in Cologne by architect Christian Althaus and contractor Sommerfeld.