Lee Westwood will receive the PGA Recognition Award for his outstanding contribution to the game of golf during The PGA’s annual fundraising lunch in December. Westwood, a seven-time Ryder Cup winner having made 10 appearances in the competition, will be the guest of honour at this year’s event, which takes place 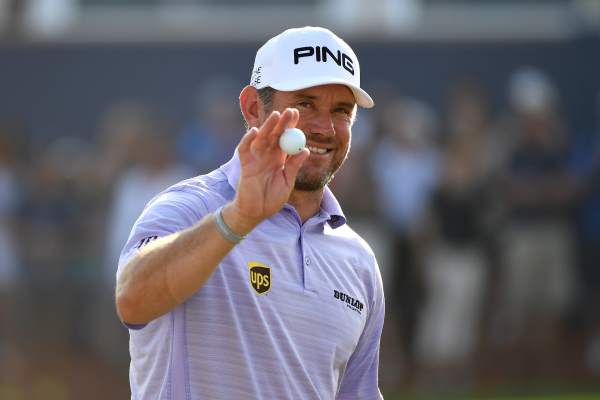 at London’s Grosvenor House on December 21.

The 45-year-old was unbeaten in the 2004 and 2006 Ryder Cups and went on to equal Arnold Palmer’s record of going 12 straight matches without defeat in the competition in 2008.

One of only a handful of players to have won tournaments on five continents, former world number one Westwood was awarded an OBE for his services to golf in 2012.

Commenting on Westwood’s presence as guest of honour, Robert Maxfield, chief executive of The PGA, said: “We are delighted Lee will be joining us for what promises to be another special lunch at the Grosvenor House Hotel. Lee is one of Europe’s truly great players and he proved that by ending Tiger Wood’s five-year reign as World Number One in 2010.”

In addition to Westwood, Sky Sports TV presenter Sarah Stirk will host this year’s lunch, while award-winning comedy impressionist Kevin Connelly will entertain the 1,000 plus guests with his satirical take on all things celebrity.

While Westwood takes centre stage in London, two other PGA Lunches are taking place in December.

As always, the lunches will raise money for the PGA Benevolent Fund that helps PGA Members who have fallen on difficult times.

For more information or to book your place at the PGA Annual fundraising lunch click here.