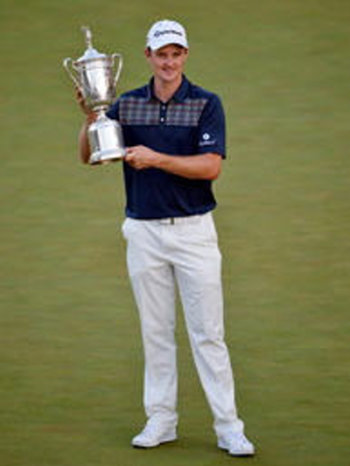 TaylorMade and Ashworth Golf staff professional Justin Rose pointed heavenward after tapping in for par on the 72nd hole at Merion on Sunday, a salute to his father after posting a one-over par 281 that earned him the U.S. Open Championship, his first Major title at the age of 32.

The win was the 20th worldwide victory for TaylorMade’s R1, the most adjustable driver TaylorMade has ever created. Last week, the company introduced the R1 Black, which will be available at retail on 1st July.