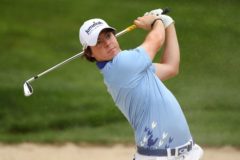 Jumeirah Group, the Dubai-based luxury hotel company and member of Dubai Holding, celebrates the victory of its global brand ambassador, golfer Rory McIlroy, in the US Open at the Congressional Country Club, Bethesda, Maryland, USA.

22-year-old Rory McIlroy led the tournament from start to finish, the first to do this since Tiger Woods in 2000. During the tournament he reached 14 under par, the lowest under-par score in US Open history.

Executive Chairman of Jumeirah Group, Gerald Lawless said: “Rory is truly an inspiration. Since his win at Quail Hollow in the US last year and indeed his victory in the Dubai Desert Classic in 2009, he has continued to impress and inspire golf enthusiasts around the world and we are immensely proud that he carries the Jumeirah brand.”

Jumeirah Group has sponsored Rory McIlroy from the moment he turned professional in 2007. The luxury hotel group’s connection with the golfing prodigy originated from his hometown of Holywood in Northern Ireland, also home to one of Jumeirah Group’s Chief Financial Officer, Alaister Murray. Spotting his early talent, Jumeirah invested in the young golfer’s career and has followed it with passion ever since.

A regular guest at Jumeirah properties around the world, Rory McIlroy has also demonstrated his prowess off the golf course: trying his hand as a cook in Madinat Jumeirah’s steak restaurant MJ’s, on the new slides at Wild Wadi Waterpark and as a turtle handler at Burj Al Arab.

GBN.com wishes to point out that there is no connection between Jumeirah Group and Jumeirah Golf Estates. We apologise for misleading readers on this point in a story published yesterday. This story has now been corrected.