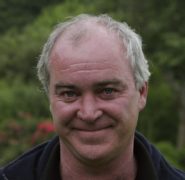 Last night the world of golf was still trying to digest the shocking news that Ian McMillan, scion of one of most famous families in golf, had dropped dead whilst out shopping with his wife on Saturday.

Andrew Mellon, BIGGA Chairman, broke the news on the Association’s website, “It is with great sadness and regret that we inform you of the sudden passing of Ian McMillan, son of Jack and Rita, husband to Karen and father of Callum, Hannah and Daniel and brother of Billy, Bobby, Stewart and Cameron.

“Ian was known to a great many of you and was held in the utmost respect by his peers in our profession and throughout golf. Ian was an inspiration to many and will be sadly missed. Our thoughts are with Ian’s family and we would like to extend our sincere condolences to them on behalf of the whole Association at this difficult time.”

Charles Briscoe-Knight, the golf photo-journalist and a member at Walton Heath Golf Club – one of the World’s Top 100 Courses – said: “This is so, so sad: just as his crowning glory was to be the Senior Open.”

Simon Creagh Chapman, Chair of Greens at Walton Heath Golf Club and the man who was instrumental in bringing Ian in to the club from Hankley Common, said: “As you can imagine, we are all in shock and can’t quite believe what has happened.

“But as you might expect, the show will go on, just as Ian would have wanted it, starting at 06:00 hrs this morning.

“Difficult times, with a very very busy year, lie ahead – major championship etc. – but he leaves the best trained and best motivated green staff in the country. They are a total credit to him and his seven years at WHGC and they will not let him down.

“Ian will always be very special to me and everybody at Walton Heath.”