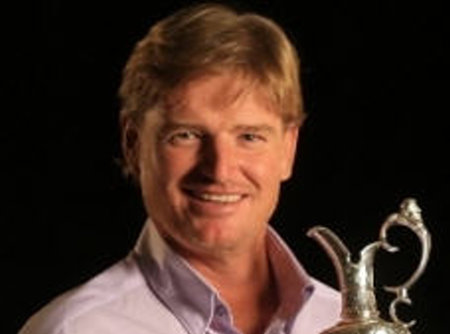 One of the world’s most recognised professional golfers, South Africa’s Ernie Els, announced that he has signed with IMG, the world’s leading sports, fashion and media company, for worldwide management and marketing representation.

Els, a four time Major Champion, former World Number One and winner of over 65 international titles, is one of golf’s truly global stars. He was inducted to the Hall of Fame in 2011 and is today known as much for his charity work as for his golfing prowess, both in aiding underprivileged children in South Africa and more recently for his work for Autism through his charity, Els for Autism. He also has burgeoning golf course design and wine businesses.

Els enjoyed a fairy tale return to the Major league when he won the 2012 Open Championship at Royal Lytham & St Anne’s in July, proving he is still competing at the very highest level.

Els explained his decision to join IMG commenting, “IMG has a global network of offices, loads of experienced and dedicated golf staff operating in every aspect of the game so really is best equipped to help me achieve everything I want to do on and off the course.”

Ernie’s management at Pros Inc will be moved to IMG who will work closely with Phil Cotton and Ernie’s existing team of staff. Vinny Giles of Pros Inc commented, “I am delighted to be part of transitioning Ernie to IMG where he will be in the most capable of hands.”

Guy Kinnings of IMG commented, “Ernie has had an amazing career to date and his influence on the game is extraordinary. We are delighted to be working with Ernie and his team and know that IMG’s offices and staff situated all around the world will be excited to have the opportunity to work with one of golf’s most inspiring figures. IMG is ideally placed to showcase both what Ernie has achieved and to assist with the exciting times ahead of him as one of the world’s iconic golfers.”