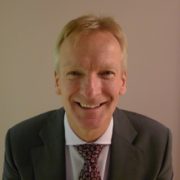 The 47 year old will bring a wealth of experience to the Tour’s advancement in the business sector, having been Sales and Marketing Director of ISM from 1993 through to August of last year.

As well as being second in command to the company’s Managing Director Andrew Chandler for 18 years, he also looked after commercial deals of the stable’s players as well as overseeing several tournament and consulting contracts, including the one which brought the Quinn Direct British Masters to The Belfry on The European Tour from 2006 to 2008.

A business studies graduate from Wolverhampton Polytechnic, he initially pursued a golfing career inside the ropes and became a teaching club professional. However, when he decided to reinstate himself to the amateur game he returned to the business world, working in PR and Marketing and representing a number of sporting-based clients, before joining ISM.

George O’Grady said, “David’s unique experience in the game of working with many different parties throughout the world on behalf of so many of our leading players leaves him well placed to develop the global policies of The European Tour.

“I am delighted that he has accepted my invitation which was recommended by so many of our business associates throughout the world.”

Brookes will commence his duties at this week’s Abu Dhabi HSBC Golf Championship at the Abu Dhabi Golf Club, the fifth tournament of The 2011 European Tour International Schedule and the first of a four week long Desert Swing.

As well as undertaking the role of International Business Development, he will also work in conjunction with European Tour Properties, assisting the work done in that realm by David MacLaren, The European Tour’s Director of Property and Venue Development.

David Brookes said: “I am delighted and honoured to have been given the opportunity to help advance the International Business Development of The European Tour. I have worked very closely with The European Tour over the years and have long been an admirer of the vision laid down by George O’Grady. I look forward to being part of the future progress and expansion.”