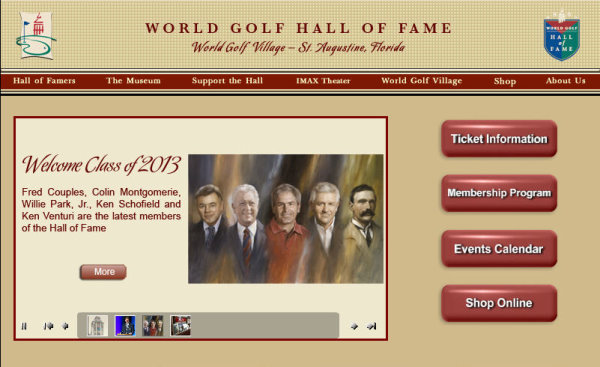 Leading golf charity the Golf Foundation is delighted that its current and former Presidents Colin Montgomerie and Ken Schofield have been inducted into the World Golf Hall of Fame & Museum.

The news of Monday’s ceremony in St Augustine, Florida (6th May), was exciting for the Foundation team which values the contribution of both men in their strong support of the charity that strives to change the lives of children and young people through golf.

When the Hall of Fame decisions were announced back in December, Chief Executive Mike Round hailed the “magnificent contribution” of the pair in respect of the Golf Foundation, as both men accepted the role of President following their successes on the international stage.

Montgomerie’s golf record is of course well-known to all fans of the sport, while Schofield oversaw the tremendous growth of The European Tour in 30 years as Executive Director between 1975 and 2004.

Mike Round said: “Colin Montgomerie, our current President, and Ken Schofield, who served our charity for five years, have been wonderful ambassadors for junior grass roots golf and have shown great passion in supporting our HSBC Golf Roots programme that makes the game more accessible to children from all backgrounds and abilities.

“Ken brought a brilliant strategic insight into his role and presided over the most successful period in the Golf Foundation’s 60-year history; handing over the reins to Colin in 2011. Similarly, we have been hugely impressed with how Colin has embraced the presidency with the same drive and enthusiasm he exhibited as Europe’s Ryder Cup Captain. The whole Golf Foundation team is delighted that our two Presidents have been welcomed into the World Golf Hall of Fame.”