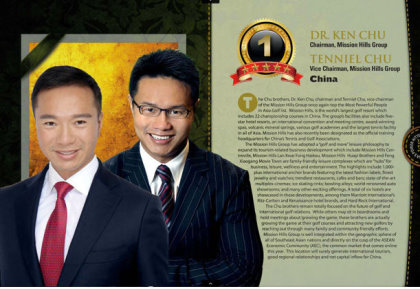 The most powerful and influential men and women in golf in Asia have been elected for 2015. Tagged as “The Most Powerful And Influential People In Golf In Asia”, the list is now in its third year and has grown from a line-up of ten individuals to a listing of thirty men and women who wield power and influence in golf.

“This is a strong reflection of the state of golf in Asia and it also points to the potential growth of the game on the Continent,” explained James Graham Prusa who led a panel of judges to select and elect the people for the list.

The list is a collaboration between the Asia Pacific Golf Group, publishers of Asian Golf and Asian Club Business and the owners of the renowned Asia Pacific Golf Summit and the Club Managers Association of Asia and the San Diego-based Golf Inc.

“The Most Powerful and Influential People In Golf In Asia” list will be permanently installed in its own web site which will be operational shortly.

In the meantime, the full list can be viewed here. The list is followed by a list of The Most Powerful People in Golf in Australia and New Zealand