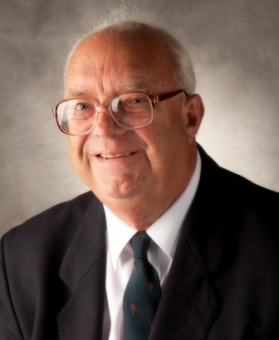 Anthony Abraham, a past President of Yorkshire and a Justice of the Peace, has been installed as President of the English Golf Union at its Annual Meeting held at Woodhall Spa. He succeeds Elwyn Ellis at the helm of the EGU in what is sure to be a crucial year for the Union.

“I am conscious of the honour bestowed upon me, particularly in what is an important year in the EGU’s history,” he says. “Major decisions are being taken over the next few months, including a possible merger with the EWGA and whatever happens some are going to be disappointed.”

However, Anthony is avidly looking forward to watching some excellent golf, not least from the England players, but is only too aware that his duties will keep him away from his home in north Yorkshire.

“I know that a lot of events are in the south so home might become something of an unfamiliar place, he adds. “I will get to know my suitcase well but I will be supported by my wife Evelyn, who will attend most events.”

Anthony, who admits to being a fan of soccer as well as golf, was born in 1943 in the house in which he still lives in Carperby, Wensleydale, Yorkshire. He was educated locally, then at Earnseat School, Arnside, at Sedbergh School and subsequently St Catharine’s College, Cambridge where he read Classics.

He was a councillor on Richmondshire Council from 1973 to 1994, during which he served as Chairman and Vice Chairman of Recreation and Amenities, Environmental Health, Policy and Resources Committees and the Council. On retirement, he was appointed an Honorary Alderman.

In 1984, he was instrumental in founding the Chain Gang, the Association of those who have held the office of mayor or chairman of District Councils in North Yorkshire. He was Secretary/Treasurer from 1984 to 2001and Chairman from 2001 to 2006.

He has been a Justice of the Peace since 1983 and is still managing director of the family business which has developed from haulage to a property and garage business.

At University he played golf for Cambridge Stymies and occasionally represented the Blues team. He was a Category One golfer for many years, representing the Teesside Union on occasions, but never Yorkshire.

His association with the English Golf Union began in 1991 when he looked after course development in Yorkshire. Appointed to the Junior Committee as regional delegate for Yorkshire in 1996, he held the post until 2001. Together with David Beardall and Dr Frank Harkins, he was instrumental in initiating the North of England Under 16 Championship.

He was the Yorkshire representative on the EGU Executive Committee 1999-2001 when he was appointed to a new role as chairman of the National Coaching Committee, a position he held until 2005. He takes great pride in the number of good golfers who have developed their game to high levels after being helped by the EGU Coaching system.  He has been a member of the EGU Tournament Panel since 2000 to date and refereed at international level on many occasions. From September 2003 to February 2009 he was Chairman of England Selectors.  Following the establishment of the English Golf Union Limited he was elected to represent the interests of Yorkshire clubs.

Always keen to encourage young golfers to stay in education, when he retired as chairman of selectors he was appointed University Liaison Officer and is the England Golf representative on British Universities & College Sport.

Other interests include contract bridge – he is captain of the Wensleydale team in the Yorkshire League – and football. He has been secretary of Carperby Rovers AFC, president of the Wensleydale Football League and is a season ticket holder at West Bromwich Albion.

Anthony and Evelyn, a nurse and farmer’s daughter from Sedgefield, have two sons, Charles, a Solicitor in Leeds, and Daniel, a football coach, who runs his own coaching company.

Anthony is the third president to come from Yorkshire in the past two decades – the late Michael Field held the post in 1993 and Michael Doyle in 2001 – and is the third successive presidential appointment from the north of England.