Andrea B. Smith Elected to PGA of America Board of Directors 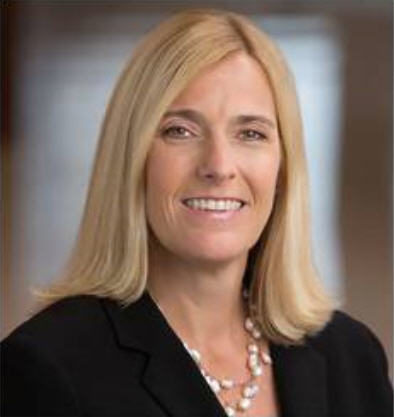 Andrea B. Smith, Chief Administrative Officer (CAO) at Bank of America, has been elected to the PGA Board of Directors as an Independent Director. Smith replaces Seth Waugh, who was recently named Chief Executive Officer of the PGA of America.

An avid golfer, Smith is a veteran leader of Bank of America who has served on the senior management team of the company since 2010. She is responsible for the company’s three-year strategic plan, and she leads the Global Principal Investments team, investing the bank’s capital in strategic priorities. Among other responsibilities, Smith also oversees the company’s 80 million-square-foot real estate portfolio across 40 countries.

“Golf is a sport that millions of players around the world cherish, and I’m honored to join the PGA Board of Directors and help the sport continue to grow,” said Smith. “In so many areas, notably the goal of expanding the sports appeal for women and its commitment to diversity generally, the PGA’s priorities align with my own passions.”

Smith is a recognized financial services industry leader and serves on the board of the American Bankers Association. She is regularly recognized in the American Banker annual ranking of the Most Powerful Women in Banking. In 2017, she chaired the Charlotte Chamber of Commerce, and Queens University named her Businesswoman of the Year. Smith is a director of the Charlotte Sports Foundation and the International Women’s Media Foundation. She graduated from Southern Methodist University with a degree in Economics.