After one of the most prolonged and depressing winters on record for the golf industry, the time for teaching professionals and club operators to prepare for the next winter period is now, according to Foresight Sports, market leader in golf launch monitors and indoor simulation technology. 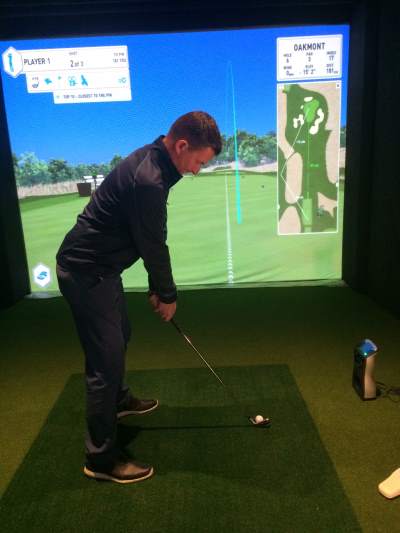 “Many golf establishments in the UK have suffered from as far back as the storms last October and didn’t see signs of financial uplift until well past the traditional start of the golfing season,” said Director Edward Doling. “The duration of the poor weather conditions took everyone by surprise, but it should serve as a wake-up call for those wanting to see revenue streams on more of a year-round basis,” he added.

The lengthy cold snap saw Arctic temperatures, record snow and rain falls, flooding, widespread frosts and one of the coldest months of April on record. Some courses remained closed for weeks on end and so many golfers were put off by the weather that it cried out for more indoor golf facilities to be available across the country.

Among the exceptions were those facilities housing technology from Foresight Sports such as Gourock Golf Club in Scotland, where business flourished despite the severe weather with the installation of two simulators powered by Foresights’ GCQuad.

“The GCQuad powered simulators totally transformed my teaching programme,” said Derek Watters, Head Professional of Gourock Golf Club. “I’ve gone from teaching zero lessons during the winter, to between 15 and 20 a week,” he added.

It was not only the club professional who benefitted, but the club as a whole. Profits from the bar and restaurant were up by 20% due to the number of members using the GCQuad in the clubhouse. Since the installation, Gourock has gone from having ‘roughly 10 people a day’ during the winter, to a busy clubhouse from 9am to 9pm every day.

“I can’t overstate how much the GCQuad has changed what we do at this golf club and how we now function as a business,” said Derek. “It’s brought people into the club at a time when they wouldn’t have even thought to play golf and it’s kept members engaged with the club and golf in general,” he added.

Another club that benefitted from the installation of a GCQuad was Woking Golf Club, where Head Professional Carl Bianco firmly believes that the acquisition of Foresight Sports launch monitors is crucial for business during winter.

“By using the GCQuad you’re able to limit the seasonal nature of the income stream,” said Carl. “The golf business can be difficult during the winter for the obvious reasons. Most golfers don’t enjoy playing in the rain or snow, but with the GCQuad they don’t have to. The quality of lessons you can deliver is on another level. There are infinite reasons why golf professionals need this product,” he added.

Edward Doling commented: “The benefits of the GCQuad for use both indoors and then outdoors when the weather improves are well established and the time to consider installation for the next winter period is now. We can help golf professionals with financial packages and provide advice on the setting up of swing studios or more modest start up units, but time is fast running out for them to be in place before another cold snap.”

Pictured: Gourock Head Professional, Derek Watters says business has flourished despite the severe winter, thanks to the installation of two Foresight Sports simulators