Volvik Balls Fly Off The Shelves Thanks To Bubba 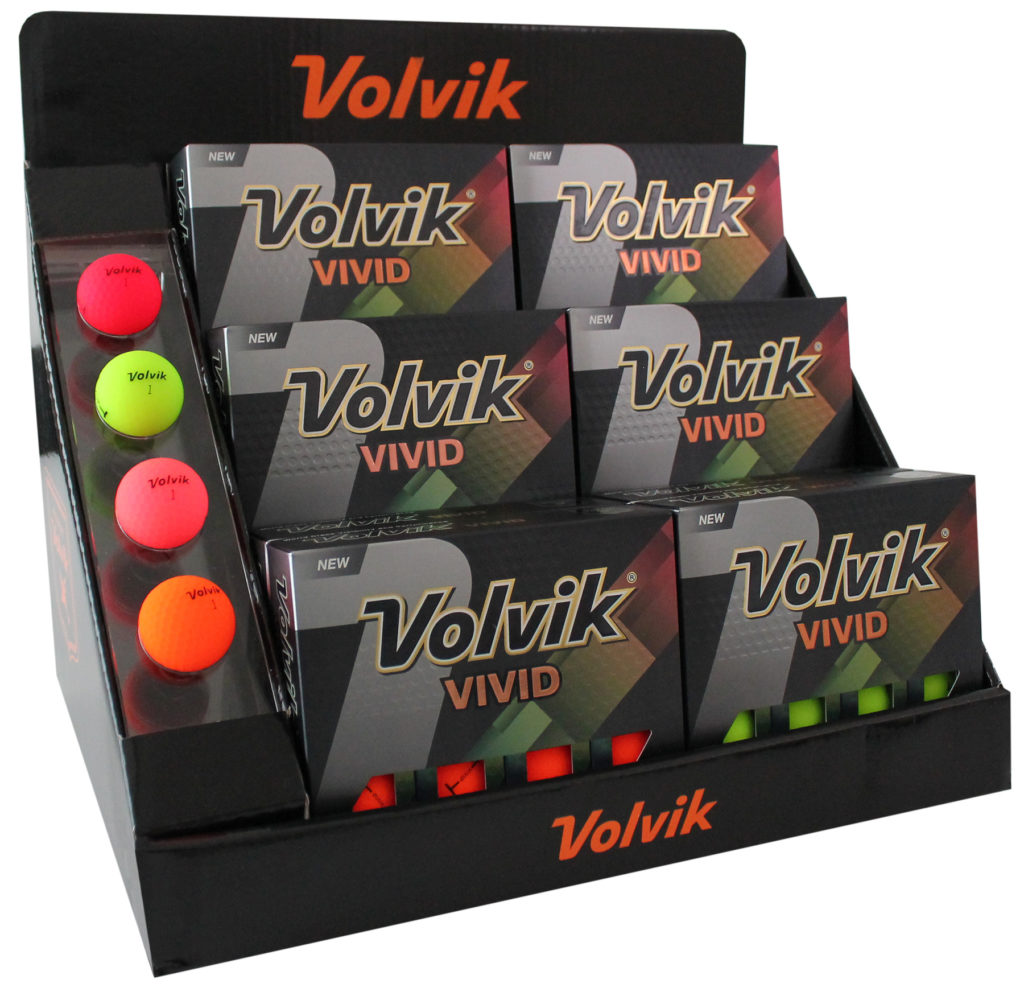 Golfers have been turning to coloured golf balls in droves since Bubba Watson began playing on the PGA Tour with a Pink S4 ball from Volvik, brand leader in multi-coloured performance golf balls.

Golf shops across the UK report spontaneous pre-game trial purchases of single red, orange, green as well as pink Volvik VIVID balls, which often result in follow up sales of the 3-piece matte coloured balls by the dozen.

“It’s been the quickest-selling golf ball I’ve ever had in my Pro Shop,” said Jon Newham, at Mapperley Golf Club in Nottingham. “The Volvik stand sits on my counter with a plastic tub next to it full of 2-3 dozen different coloured balls. Ninety-nine percent of my box sales come from customers who started out buying a single ball for £3.50. I first ordered 12 dozen and sold them all in two weeks, so I’ve ordered more and added an extra colour – blue – which lots of people have asked for.

“The Volvik ball is known at the club as the ‘Bubba Ball’ and playing a pink ball is definitely associated with him. It was a shame he didn’t make the weekend at Augusta to show off the green ball, but it got sales off to a great start,” added Jon.

A similar story comes from Jeff Sim at Cooden Beach Golf Club in East Sussex. “Originally, I ordered nine dozen and then another 12 dozen as even members of other clubs in the area have come in to buy them, including quite a lot of ladies who like to buy half a box in one colour and half a box in another” said Jeff. “The lime green and orange colours have been the best-sellers. The counter stand really draws attention to the balls and I think they’ll continue to sell well,” he added.

Another Pro Shop stocking more Volvik coloured balls is the one operated by Mike Worley at Shooters Hill Golf Club in Greenwich south-east London. “I ordered the VIVID balls in four different colours and the green and red have been the strongest selling colours so far. Golfers love the matte finish as it’s completely different to anything else on the market. I’ve topped up my original order and added blue and yellow colours to expand the range, along with the goldfish bowl to display them.

“Some customers have bought into the Volvik ball because it’s just a good ball and performs well, while others simply see it as just a bit different and easy to find because the colours really stand out. Initially, I gave away a couple of free balls when they came into the shop and those people came back and bought boxes off the back of the free ball, which was really pleasing,” added Mike.

As a consequence of the exceptional sales of Volvik balls in recent weeks, UK distributor Brand Fusion has doubled its consignment of the most popular coloured balls from the Korean manufacturer. “This is the first time Brand Fusion has handled golf balls and the launch of the Volvik range could not have gone any better,” said Sales Director Tony Fletcher. “The Volvik balls are literally flying off the shelves and we’re taking orders from traditional private members’ clubs, because they not only stand out clearly on the course, but perform so well too.”

The Volvik VIVID range provides longer distance for golfers with slower swing speeds and those looking for a softer feel and more consistent flight. It comes in Red, Orange, Pink, Green, Lime, Blue, Yellow and White.

A selection of colourful point of sale material is available to retail stockists, including prominent counter stands and goldfish bowels. The Volvik S4 ball has a RRP of £49 per dozen and the Volvik Vivid retails at £39 per dozen. For more information, visit www.brandfusionltd.co.uk or www.volvik.com.