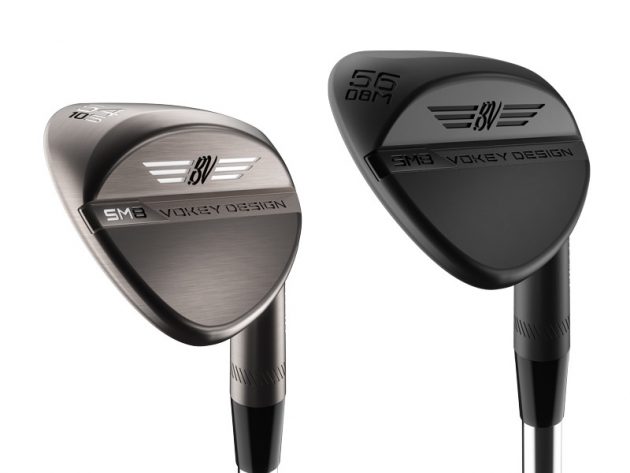 By lengthening the hosel and adding tungsten to the toe of the sand wedges and lob wedges, the centre of gravity not only moves up and down based on the club’s loft, but also shifts forward in the higher lofts, towards the front of the face, which helps golfers square the face more efficiently and increases the moment of inertia by 7 per cent, making the clubs more stable at impact.

To ensure golfers get the maximum amount of spin, the grooves in the 46° to 54° clubs are deeper and narrower, like the grooves in an iron, because golfers will typically hit these clubs with a full swing from the fairway. The grooves in the 56° to 62° wedges are shallower and wider, so they remove water and debris from the hitting surface more effectively on greenside chips, pitches and bunker shots. Between each groove, a series of microgrooves create more friction and roughness.

Titleist wedge designer Bob Vokey said: “The first time I had guys hit SM8 was on the range at Riviera. I always listen to the sound they’re making at impact, and it was phenomenal. ‘Solid but soft’ was how they described it. They loved it. They also talked a lot about the flight. It’s in a better window, it’s more consistent, and they have more control of it. Overall, guys just kept telling me how easy it was to hit every type of shot they wanted to hit.”

The Titleist Vokey SM8 wedges have an RRP of £160 per club. For details, visit www.titleist.co.uk