Now It’s Pros Who Can Benefit From Benecta

In a 2017 survey, more than four in five senior UK golfers benefited from taking the natural food supplement Benecta®- and now club professionals throughout the UK can also benefit by making referrals from the pro shop. 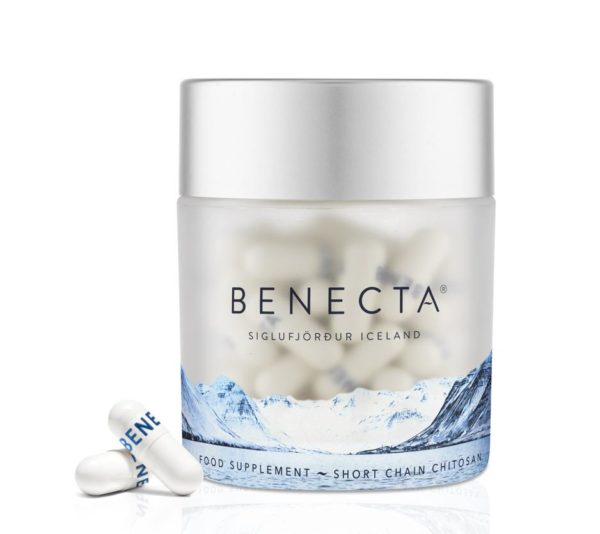 Benecta, an Icelandic product, is the result of more than a decade of research and development into the use and benefits of short-chain chitosan to help support the body as it ages and senior golfers have been one of the biggest groups to benefit.

Previously available in the UK only through mail order, club pros are now actively being sought by Benecta to help expand the customer base – and there is no outlay required to earn the commission, as a spokesman confirmed.

“Quite simply, the effort required by pros is negligible and there is money to be made. We supply leaflet dispensers and individually numbered leaflets and all we ask is that these are topped up regularly. In the meantime, any golfer picking up a leaflet and ordering using the unique code will trigger a commission to the pro from whom the leaflet originated … it’s that simple.

“What’s more, each pro will also receive some sample packs to try personally, or maybe give to the club captain or other influential club figure. The pro acts simply as a form of ambassador and can be making money while sat at home.”

Last year’s survey, undertaken by SPORTS MARKETING SURVEYS INC, observed the performance and physical condition of 465 UK golfers over the age of 50, who took the supplement every day for two months.

Of those surveyed, 81 per cent had fewer aches and pains, as well as enjoying endurance, energy and stamina improvements, while 99 per cent of individuals said they had felt better – both physically and mentally – since taking Benecta, and had also noticed benefits in endurance, energy and stamina. And 69 per cent believed their general mood and health had improved as well as having fewer aches and pains from taking the Icelandic supplement.

On the golf course, more than two thirds of those surveyed thought Benecta helped them to perform better as well as helping their general mood and health.

Created and based in Siglufjörður, a picturesque, small fishing town in northern Iceland, Benecta is the result of more than a decade of research and development into the use and benefits of short-chain chitosan – produced from sustainably sourced, natural, crustacean ingredients.

Chitosan in its basic form – available from many High St shops – is marketed as a fat-binder for weight loss. However, the patented process which creates Benecta – which is extracted from a liquified version of chitosan – was discovered to have success in holding back the aches and pains which afflict all in advancing years.

To join the Benecta® team of club professionals, simply call Andy Barwell on 07961 315520 for further details.