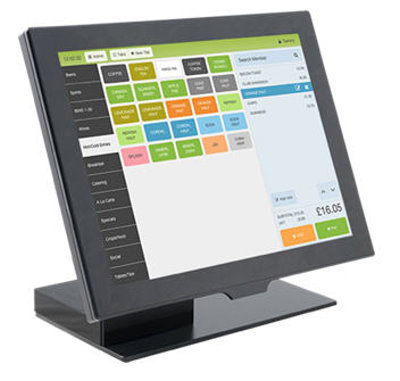 Warwick-based intelligentgolf launched a new module of its software on Monday at the GCMA National Conference which was held at St George’s Park, Lichfield. Developed over the past year by their in-house development team, this module now allows intelligentgolf to provide a truly single software package, encompassing mobile responsive websites, tee time management, CONGU handicapping, membership, email communications and now EPOS to their customers across the UK and worldwide.

To celebrate the launch of the software, which is already live and running in seven golf clubs, intelligentgolf ran a competition where conference attendees were invited to use the till system, and the manager who was closest to the amount in a sealed envelope would receive a charitable donation of £250 to their captain’s charity.

With nearly 50 entries, the prize was won by Gary Peddie, manager of Parkstone Golf Club, with a winning amount of £26.34.

Jamie Abbott, managing director and founder of intelligentgolf explains: “Having complete control over the user experience, and the ability to develop the functionality that is so specific to the golf industry, has been very important to our development as a company.  Ultimately we are focussed on providing the most innovative and sophisticated software for all the needs of a golf club, in a single package.

“The intelligentgolf software suite is now in use by nearly 400 clubs around the world.  One of our early till customers is High Post Golf Club in Salisbury, which was awarded the “Golf Club Managers’ Association Team of the year Award 2015.”

As club manager Peter Hickling commented: “The team at IG were phenomenal and from the decision point to fully installed was a 6 week turnaround. The members’ data was imported from the old systems allowing for my team to continue business normally uninterrupted. Since then IG have, good to their word, developed and installed their own proprietary till system. High Post were privileged to be consulted during the development stage and helped play a small part in how the system now looks. Therein lies the rub, here is a company in the club software market that has provided exactly what their clients want and continues to works co-operatively to provide further beneficial enhancements. The culture at IG is closely aligned to what most golf club managers’ want. It’s very refreshing and Jamie Abbott and his team deserve our applause.”