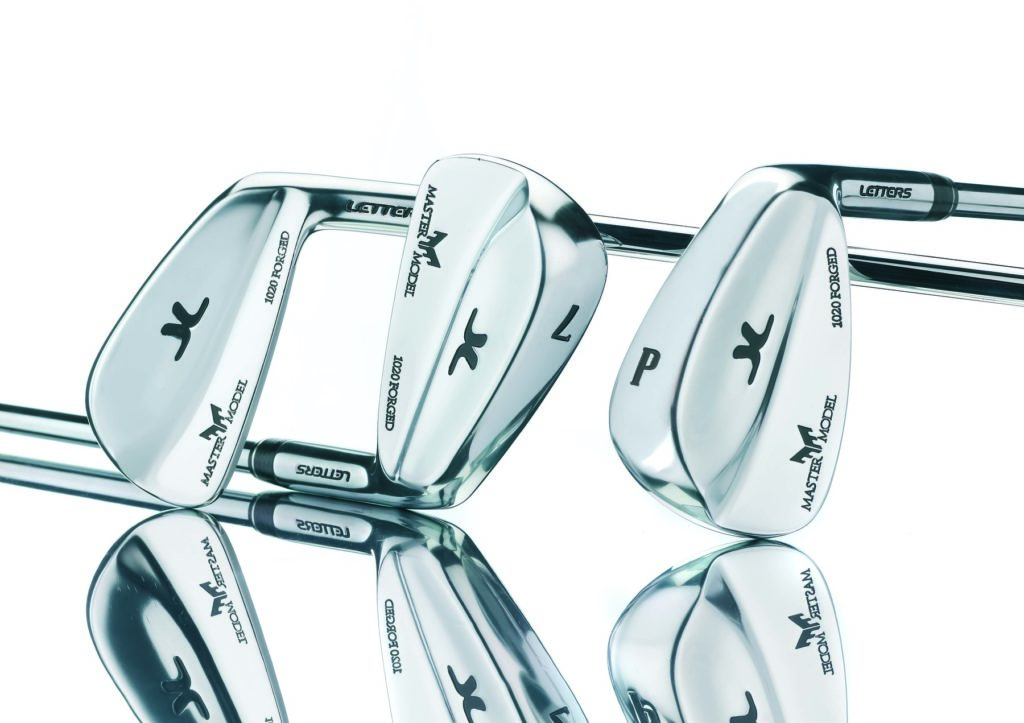 John Letters of Scotland, the equipment brand with 94 years of clubmaking history, is delighted to announce the addition of a new set of irons to the highly-coveted Master Model range for 2012.

Designed for the accomplished golfer, the stunning Master Model blades have been individually forged from the finest 1020 mild carbon steel, chosen by the John Letters design team for its high carbon content, for a super-soft feel and to provide the most exacting feedback of any John Letters irons in recent years.

Utilising all of their 93 years of club making know-how, the new Master Model Blades have been hand-crafted in Scotland and feature a concave muscle design for greater power and accuracy.

A thin top line allied with a small sole, ensures the Master Model blades are pleasing to the eye of the better player while still offering a level of forgiveness without sacrificing workability.

Like all Master Model products, John Letters offer a full range of custom fitting options including loft, lie and shaft preference. What’s more each individually hand-crafted iron will be assembled in the UK at John Letters new workshop in St. Andrew’s as the brand re-connects with its Scottish heritage in the home of golf.

Featuring Golf Pride Tour Velvet grips as standard across the range, the Master Model Blades are available with variety of shaft options including industry leading performance shafts such as Rifle, Nippon and True temper Dynamic Gold, each in a variety of flexes.

Following a 30 year absence, the iconic Master Model brand re-launched to much acclaim in 2011 with a new set of players irons and also the Master Model driver, most advanced driver in the Company’s history. In 2012, the Master Model blades are set to continue the legacy as John Letters returns to its traditional clubmaking roots, providing the finest crafted equipment out of theUK.