GolfBoard Arrives in the UK 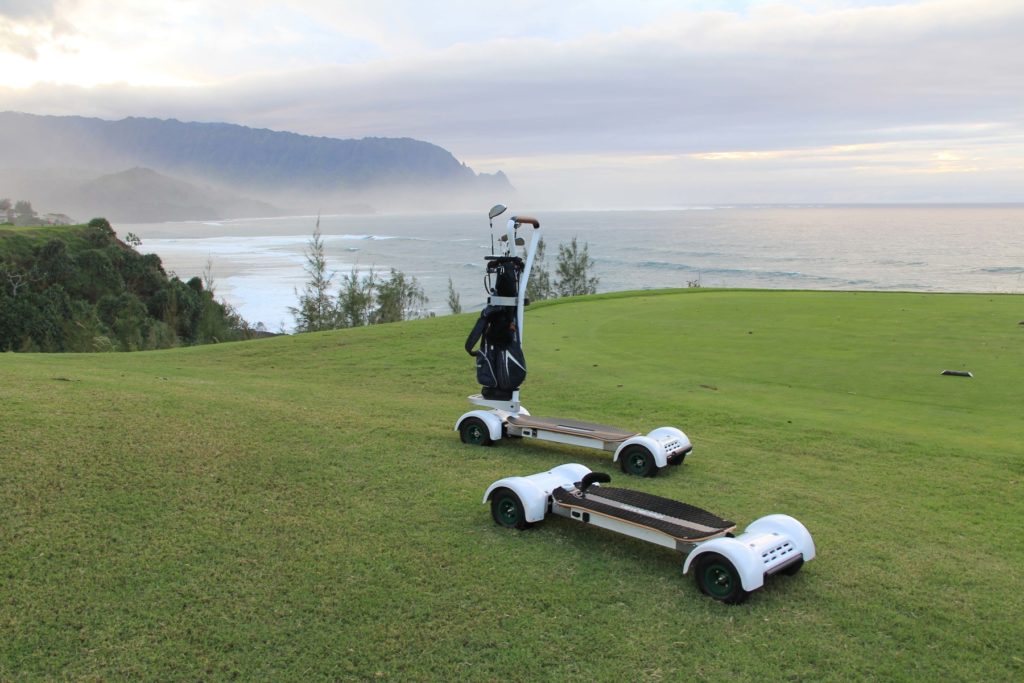 Frasercorp Ltd recently took delivery of the first batch of the latest 4WD GolfBoard™ single person transport vehicles that were hailed as one of the hottest products at last year’s PGA Merchandise Show in Florida and they are now available for hire at The Grove, Essendon, Cheshunt and a growing number of other golf courses across the UK.

Lease deals are available to clubs from £110 per month and demos are currently available on a first come first served basis.

GolfBoard provides golfers with a fast and exciting new way to play the royal and ancient game and it is as simple to use as riding a bike.

All you have to do is to step onto the board, take hold of the stability bar and the thumb throttle controller allows you to accelerate and break while the rider’s body movement controls the steering.

While using GolfBoard your golf bag will sit on the ‘bag mount/stability handle which is attached to the front of the vehicle. Experienced GolfBoarders may choose to carry a bag over their shoulder using the optional Bluetooth hand controller.  However, the former requires less effort and the stability handle will also allow inexperienced users to build their confidence while getting used to driving their GolfBoard around the course.

“We recently introduced the GolfBoards at The Grove and they have already proved very popular with players,” said Anna Darnell, Director of Golf at The Grove. “They add a completely new element to the game of golf and let you experience a course in a way that you have never done before. As the first UK facility to offer the golfboards, it is another example of how The Grove continues to provide innovation and fun on the fairways.”

“They are great fun to use. You get the feeling you’re surfboarding round the golf course and there is no doubt they help to speed up play.

“From a course standpoint they are also beneficial because they cause considerably less compaction than a traditional cart.”

The new 4WD GolfBoards are powered by an advanced lithium-ion battery which can be recharged in as little as two hours. They are also easily transportable because can be dismantled and fitted into the boot of a car.

“Just over a year ago I had the chance to go to America and try out a GolfBoard for the first time,” said Justin Fraser Jones, Director of Frasercorp Ltd. “It was an invigorating experience and one which I genuinely believe will attract a new generation of youngsters into the game.

“I’m proud that Frasercorp has been given the opportunity to introduce GolfBoard into the UK and feel sure they will prove to be as popular here as they are over in the States.