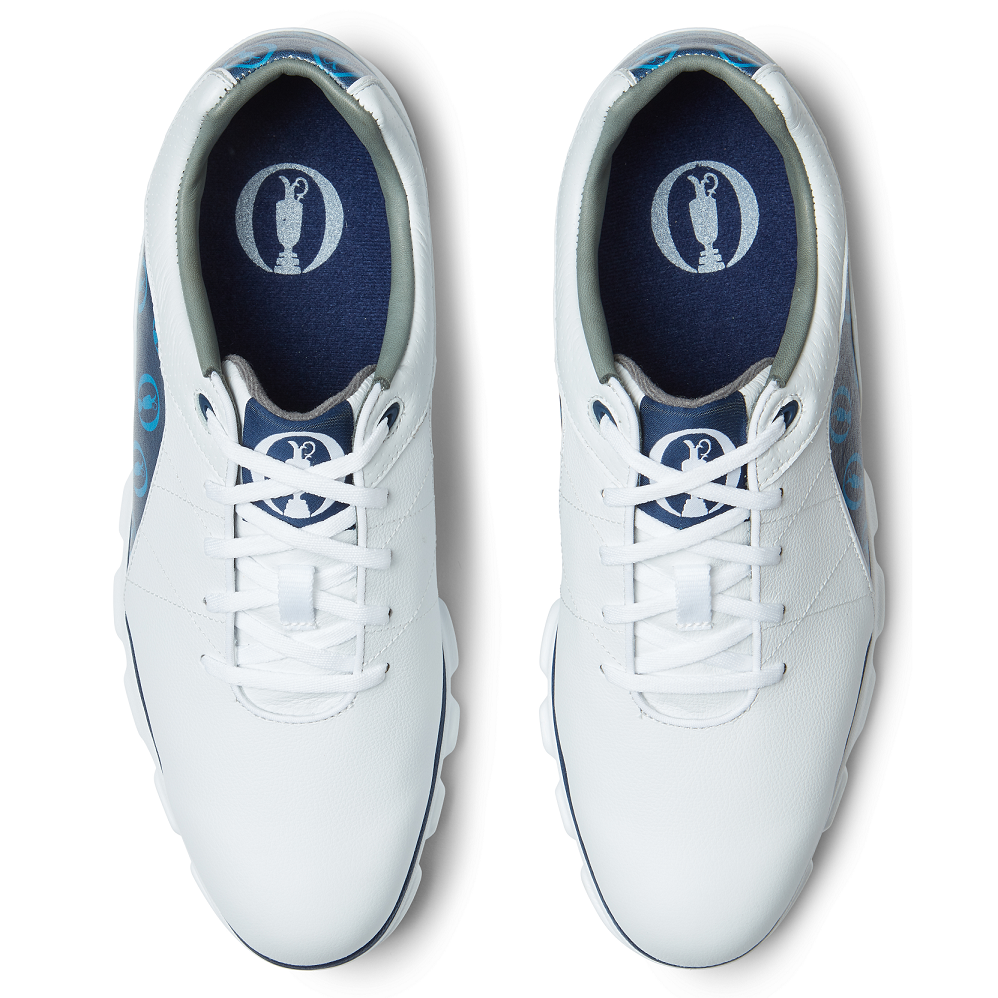 FootJoy is celebrating the historic return of the world’s oldest championship to Northern Ireland with the launch of a Limited-Edition Open Championship Pro/SL shoe.

Worn by more players on Tour than any other shoe, the Open Championship edition of the market-leading model will feature the iconic Claret Jug logo on both the saddle and tongue.

The shoe, which is priced at £160, will also include the same performance benefits that have seen the Pro/SL chosen by more Top 100 players in the Official World Golf Ranking than any other model on the market.

The Pro/SL is made with Chromoskin leather for a soft, comfortable, waterproof leather upper and has a TPU moulded outsole offering outstanding spikeless traction.

The spikeless shoe has helped over 130 tour players worldwide to victory during that time.

The Open Championship returns to Royal Portrush from July 18-21 with Louis Oosthuizen, Ian Poulter and Eddie Pepperell set to be among the dozens of players in the field wearing FootJoy Pro/SL.

Richard Fryer, Director Of Product Management, FJ Footwear, said: ‘’The Open Championship always marks a special moment on the golfing calendar and with the tournament’s return to Northern Ireland for the first time in 62 years, it’s guaranteed to be a memorable week. The Pro/SL is currently the hottest shoe in the game, and we are delighted that golfers can now mark the iconic week with this Limited-Edition shoe.’’