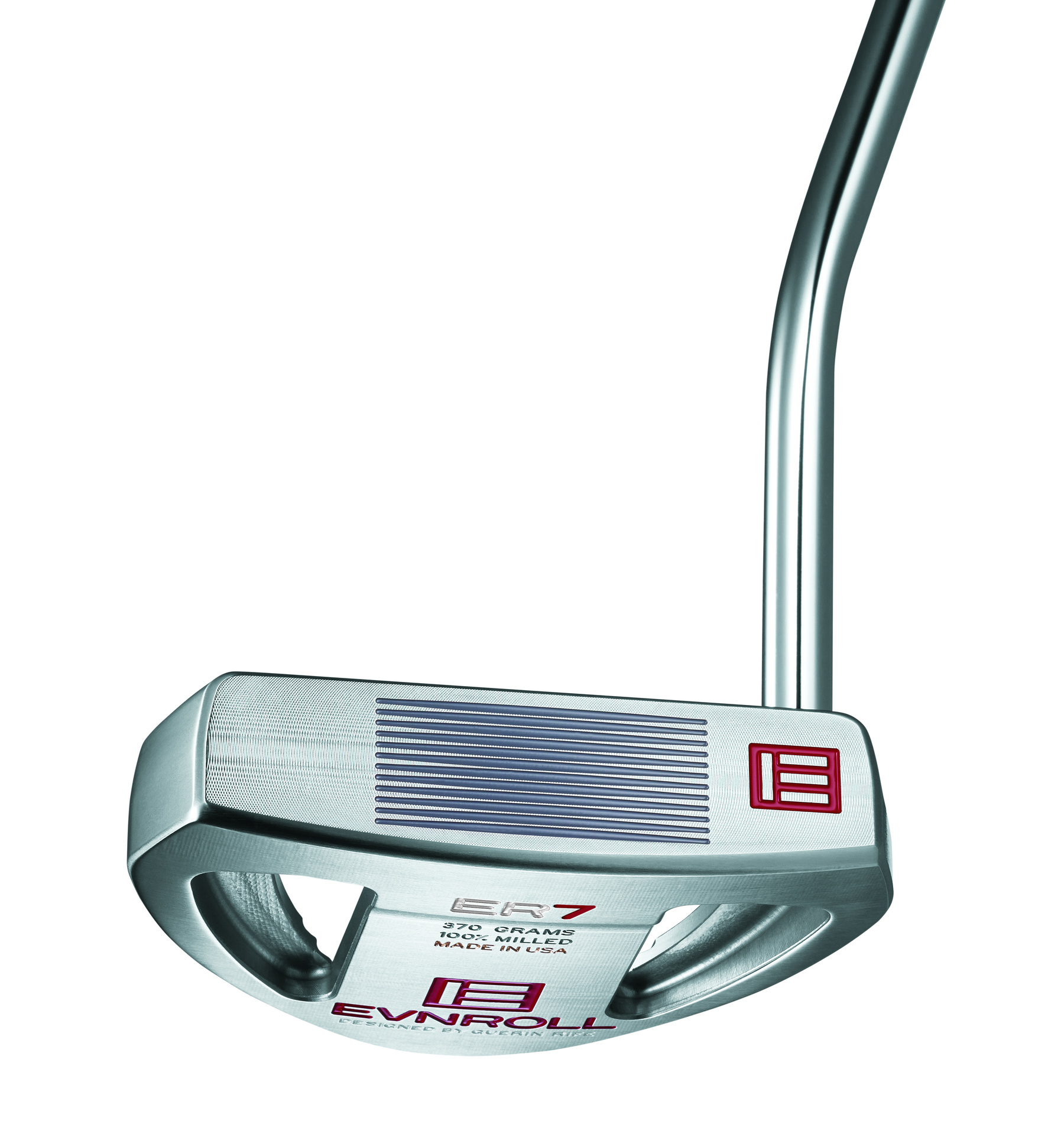 ‘The Sweetest Face in Golf’ burst on to the scene in 2016 to rave reviews. After being named the ‘Best of the Best’ in early Fall, Evnroll later received the ‘Editors’ Choice’ award from MyGolfSpy.com, before finishing an amazing first year by winning ‘Putter of the Year’ honors in GolfPunk’s ‘Staunchie Awards’.

Now the brand, which unveiled four new Evnroll Putter models at the 2017 PGA Merchandise Show in Orlando, has started 2017 in spectacular fashion with a comprehensive double victory in the 2017 ‘Most Wanted Blade’ and ‘Most Wanted Mallet’ putter tests, conducted by MyGolfSpy.com, the independent testing and review website considered by many to be the Consumer Reports of Golf. This is the first time a single brand has won both of MyGolfSpy’s ‘Most Wanted’ putter tests in the same year.

“We are absolutely thrilled to win these awards,” said Designer and CEO Guerin Rife. “To win both the blade and mallet putter tests in the same year is truly surprising.”

MyGolfSpy uses a unique metric called Strokes Gained 18 (SG18) to quantify and compare putter performance – a simple measurement defining how a given putter could be expected to impact your overall score relative to the average putter in the field. For example, a putter with a SG18 value of 1.0 could be expected to save you 1 stroke per round compared to the field average.

In the largest fully independent blade putter test in the industry, a team of 20 MyGolfSpy testers trialled 22 blade putters, recording 13,298 putts over a period of 120 hours. This comprehensive test included a series of putts from 5, 10 and 20 feet, with each tester playing the equivalent of 18 holes with each putter and recording the total number of putts taken to finish each hole.

This is where Evnroll’s ER2 Mid Blade – a shorter, wider heel-and-toe weighted flange blade – featuring Evnroll’s innovative face technology, stepped up with a stunning performance. The ER2 achieved an SG18 value of 0.96 – just short of a stroke gained per round relative to the field – which was an incredible 0.35 ahead of its nearest rival.

Hot on the heels of this remarkable result, even better news was to follow when the Evnroll ER7 Full Mallet claimed the MyGolfSpy.com 2017 ‘Most Wanted Mallet’ putter test by an even more convincing margin. This test, in which 21 of the latest mallet putters were pitted against each other following a similar protocol to the blade putter test, led to Evnroll’s ER7 Full Mallet achieving an SG18 rating of 0.95, some 0.45 ahead of its closest rival, equivalent to almost two strokes better over a four-round tournament than the second-placed mallet tested.

“Comprehensive putter tests like these validate our technology and help demonstrate the benefits of the gearing technology found across the entire range of Evnroll putters, blade or mallet,” added Rife.

Backed by years of research and development the Evnroll® Technology, a unique and precise face milling on each Evnroll putter, imparts progressively more energy transfer on off-center hits to roll the ball a consistent distance with every stroke. What’s more, the unique milling pattern also works to gently gear the ball back to the center.

“With an Evnroll putter golfers can roll center and off-center putts not only the same distance, but also to the same spot,” explained Rife.

Evnroll is heading confidently into 2017 with four new models joining the line-up – the ER3 Wing Blade, ER7 Full Mallet and ER8 Tour Mallet – along with a classic new black version of the popular ER6 iRoll full mallet, which now also boasts three striking white sightlines on top of the head.

All four new models are CNC-milled from a block of 303 stainless steel and hand-finished in Carlsbad, California and feature the full array of performance-enhancing technologies found on all Evnroll putters, including the gearing technology described by MyGolfSpy as a ‘game-changer’.

Evnroll putters are available exclusively in the UK and Ireland via Premier Licensing. For more information please visit www.evnroll.com or contact Premier Licensing on +44(0)2891 811 900 or email info@premier-licensing.com