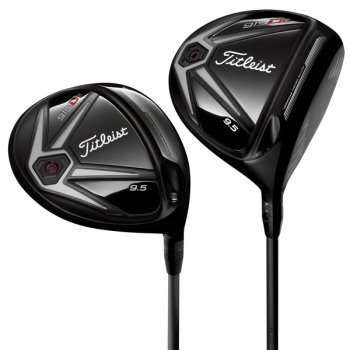 Those technologies, combined with the fitting precision of Titleist’s industry-leading SureFit Tour hosel and tour-validated looks, sound and feel, make for the most complete, consistent driver performance in the game.

“The new 915 drivers are a game-changer for us,” said Dan Stone, Vice President of Research and Development, Titleist Golf Clubs. “We’ve increased speed and lowered spin without sacrificing MOI or forgiveness – and we’re the first to get that combination right.

“The Active Recoil Channel is a major technical leap in the area of spin reduction. In player testing, we’ve seen significant distance gains, up to 15 yards for players who need spin control.

“We began incorporating Active Recoil Channel in the prototype phase about four years ago, but this kind of technology requires a lot of fine-tuning if you’re going to do something that’s different, as opposed to making a cosmetic or marketing change. By adding significant technology for speed and spin without sacrificing MOI, we think we’ve done something very special that nobody’s done to this point.”

On the European and PGA Tour, the new models were launched this summer with immediate validation and success. Eighteen players put new 915 drivers into play the first week they were available on the PGA Tour, including Geoff Ogilvy who trusted a 915D2 driver to earn victory at the Barracuda Championship on the PGA Tour just weeks after they became available.  Twenty five players used 915 drivers at the Wales Open on the European Tour in September, as momentum continues to build across worldwide professional tours.

“Titleist players demand the highest quality and performance from their driver. They want more distance, but not at the expense of forgiveness,” said Steve Pelisek, General Manager, Titleist Golf Clubs. “With 915 drivers, our R&D team has produced the best combination of high speed, low spin and high MOI the game has ever seen. It’s distance all the time – distance on centre hits, distance on off-centre hits, more distance more often. We know that players truly understand and value that distance consistency.”