Published Today ‘The Majors 2015’ a new book by Iain Carter

Following last year’s widely acclaimed ‘Showdown: The Inside Story of the Gleneagles Ryder Cup’, Iain Carter turns his attention to the gripping story of this year’s battle for golf’s highest trophies.

The four majors are the most important events of the golfing calendar. The Masters, US Open, The Open and the PGA: these are the tournaments by which we measure players’ careers. In The Majors 2015 Iain Carter perfectly captures the drama and excitement, triumphs and heartaches, of golf’s greatest tournaments, in what has been a year of dramatic twists and turns.

In the build-up to the 2015 Masters, all eyes were on Rory McIlroy as he aimed for a career grand slam. By autumn he had been all but eclipsed by the spectacular rise of Jordan Spieth, who raced to the world number one spot at the end of an unforgettable golfing year. Meanwhile Zach Johnson proved that golf isn’t just a young man’s game, and Jason Day, after so many close calls, finally triumphed in one of the most emotional victories ever witnessed. 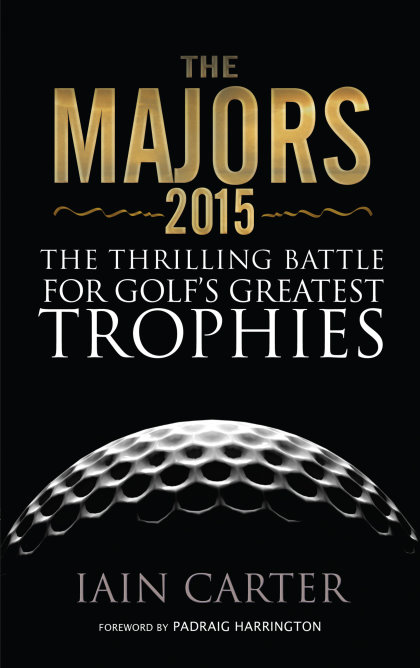 Now, after more than a decade of Tiger Woods’ domination, golf has entered the era of a new ‘big three’: Spieth, McIlroy and Day, promising an exciting rivalry at the top of the game that could last for years to come. Using first-hand insights alongside interviews with the players, Iain Carter provides a fascinating account of golf’s most prestigious events, recapping the enthralling action of the year in which a new generation of young stars surged to the fore.

Iain Carter has been the BBC’s Golf Correspondent for 13 years, leading commentary teams for BBC Radio 5Live at major championships and Ryder Cups. Iain travels the golfing globe to provide reports, blogs and tweets to his 57k followers from all of the game’s most important tournaments.  He is the author of Monty’s Manor: Colin Montgomerie and the Ryder Cup (2010) and Showdown: The Inside Story of the Gleneagles Ryder Cup (E&T, 2014).

The Majors 2015 – The Thrilling Battle for Golf’s Greatest Trophies by Iain Carter, with a Foreword by Padraig Harrington, is published today 29th October 2015

“Iain Carter is best known in golfing circles as the authoritative voice behind 5Live’s coverage of the sport. Carter proved he has a further and impressive string to his bow with the writing of Showdown.” Guardian, Books of the Year