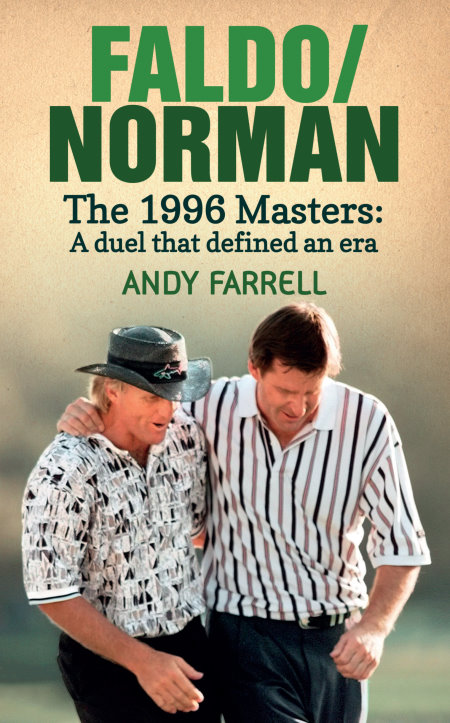 Coinciding with the run-up to The Masters Golf Tournament 2014 comes Andy Farrell’s detailed account of one of the most famous duels in sporting history; from the author of the award-winning The 100 Greatest Ever Golfers.

Going into the final round of the 1996 Masters, Greg Norman led by six strokes. This finally looked to be the year that the ‘Great White Shark’ would win the green jacket. But in the final pairing of the final day, the Australian met the one man who always seemed to get the better of him when it really mattered, Nick Faldo. What followed was one of the most excruciating collapses in sporting history – as well as a triumph for perseverance and precision under pressure.

Andy Farrell brings the players, the action and the emotional turmoil vividly to life in the tale of one of the most gripping final rounds of a golf tournament ever played. Featuring first-hand accounts, blow-by-blow analysis of the action over 18 chapters, and detailed portraits of both men and their long-standing rivalry, Faldo/Norman relives the drama and heartbreak of the day when Greg Norman was once again denied victory at Augusta.

Andy Farrell is a highly experienced golf journalist. The author of The 100 Greatest Ever Golfers (Elliott & Thompson, 2011), he won the Golf Book of the Year Award at the British Sports Book Awards in 2012. He writes for a number of golf magazines and other publications, including the Open Championship Annual. He is a former honorary secretary of the Association of Golf Writers.