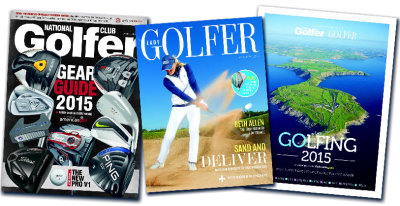 National Club Golfer remains the highest-circulating golf title in the UK according to the latest official ABC figures.

A total of 58,278 copies of the magazine were distributed each month to almost 2,500 golf-club locations over the second half of 2014.

NCG’s nearest rival is Today’s Golfer, whose equivalent circulation in the UK is 46,716.

NCG is published by Sports Publications, whose stable also includes Lady Golfer magazine and Pro Trade +. LG has an ABC-audited circulation of just under 14,000, making it the highest circulating ladies’ title in print and digital formats, and is also distributed to every golf club in the UK.

“With web traffic rising at nationalclubgolfer.com, our digital magazines adding an additional 17,000 readers each month and an ever-growing social media presence, we feel these ABC figures back up our message that we are providing unrivalled reach across whichever platform our readers choose,” said Tom Irwin, the company’s publisher.

“Our model is almost 100 per cent advertising-funded and we couldn’t achieve the results we have without the support of our advertisers.

“It’s not just about the numbers,” said Dan Murphy, Sports Publication’s editorial director. “The quality of our content continues to improve and recent additions to our editorial team, both in print and online, are an indication that we will provide even more comprehensive coverage of the game in 2015.

“We’ve also published two successful travel supplements, Winter Escapes and Go Golfing, while for me personally our GB&I’s Top 100 Links Courses feature was a highlight of the year and I hope proves to be an essential companion to the golfing purist for the season ahead.”

Golf Genius Software is providing free guidance for all clubs on getting to grips with managing events under the new World Handicap System (WHS) through a free guide and webinar.