Miracle at Medinah now on DVD 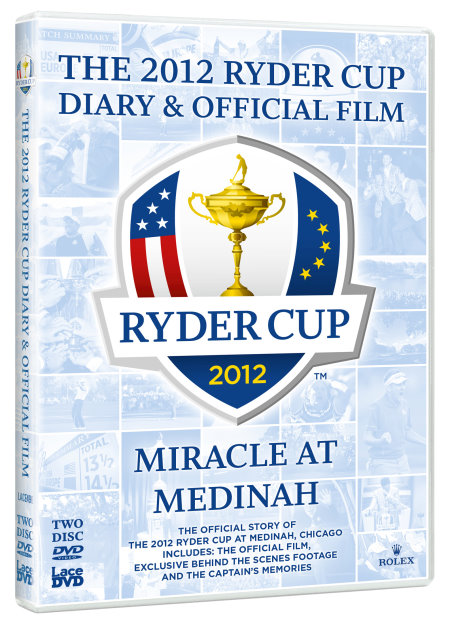 It was arguably the greatest comeback in the history of sport, the most remarkable Ryder Cup ever!

On this 2-disc collection, to be released on 19th November, Europe’s Ryder Cup captain, Jose Maria Olazabal, takes us on his own personal journey of the week that was the ‘Miracle at Medinah’.

From the calm as he watched his team arrive in Chicago, to the emotional climax of ‘the putt he couldn’t watch’, in this programme we get the unique chance to see the highs and the lows of the 2012 Ryder Cup through the eyes of ‘El Capitan’.

Also included in the box set is all the action from the three remarkable days of competition.

Going into the final day, European captain Olazabal told his troops to ‘Believe’ – and they did. With a remarkable performance, Europe won point after point and it all came down to Germany’s Martin Kaymer to sink a six foot putt on the final green to retain the Ryder Cup. The golfing world held its breath… he made it. Minutes later Francisco Molinari denied Tiger Woods to earn the match winning extra half point. The Miracle at Medinah was complete. Olazabal, face stained with tears, looked skywards…

Road to Medinah includes interviews with both captains and leading players, recent history of the Ryder Cup and an insight into what makes a great Ryder Cup venue plus insightful stories from key people who make a Ryder Cup happen.